At $750 per day, the children could be staying at the Four Seasons hotel. 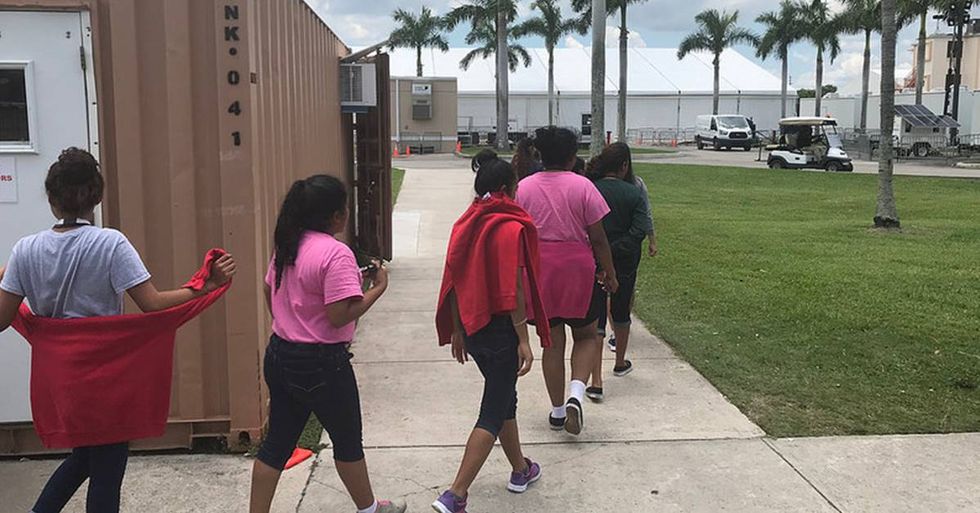 One of the most perverse aspects of the American justice system is for-profit prisons. Companies that own private prisons make money off the number of people they house, so they push for more people to be incarcerated.

This encourages prison industry lobbyists to give money to politicians who claim to be tough on crime or anti-immigration. So, essentially, what we consider to be a crime is now often influenced by the jailors who stand to profit.

Along the way, the prison industrial complex ruins lives and takes away people’s basic freedoms, all to make a dollar.

One company that appears to be making a killing off of the Trump Administration’s inhumane immigration policies is Caliburn International Corp. Caliburn charges $750 per child, per day to house immigrant children at a temporary influx shelter in Homestead, Florida. The company planned to go public in 2018 with a proposed deal size of $100 million before reversing its decision.

At $750 per day, the children could be staying at the Four Seasons hotel.

The children who find their way to this facility are unaccompanied minors who arrived at the U.S. border seeking asylum. Most of them are Central American.

Former Trump chief of staff John Kelly recently joined its board of directors. He previously had been on the board of an investment firm that now owns the company.

The Homestead facility caught the public’s attention for its prison-like conditions in which children are not allowed to touch one another and walk single-file to 15-minute meals. They may not use the restroom without permission and are only allowed two ten-minute phone calls with a family member per week.

“These children are battling a sense of deep helplessness and sheer frustration and confusion on why they don’t know anything or on why they are still detained,” attorney Neha Desai told the Miami Herald. “It’s profoundly distressing for them and something needs to be done.”

Over 2,300 children are currently at the facility and some stay for months, even those who have family members waiting to pick them up. While this is traumatizing for the children it surely means more money for Caliburn.

Early in the Trump Administration officials began reaching out to private companies to run facilities to house migrant children. This was months before Trump rolled out his “zero-tolerance” immigration policy that separated children from their parents before it was reversed after a public outcry.