This Cosmo Cover is Shocking for all the Right Reasons (UPDATED) 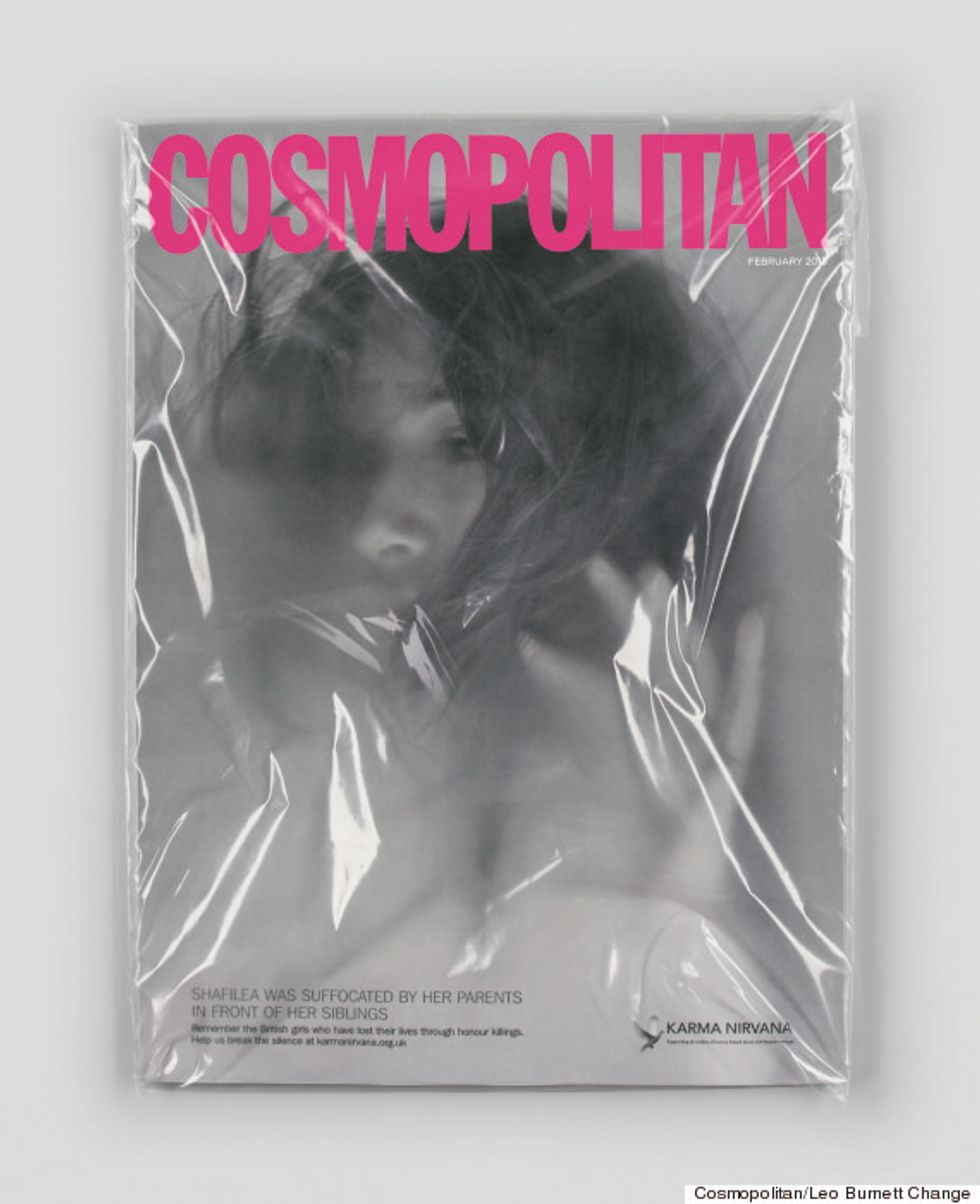 Cosmopolitan’s limited edition February cover is a bold and unsettling statement about violence against women. Shot and designed by Leo Burnett, the powerful image of a woman in despair trapped inside of a plastic bag was created in partnership with Karma Nirvana, a U.K. charity that supports victims of honor crimes and forced marriages.

UPDATE: While it turns out that the above image is not in fact a limited-edition cover of Cosmo, it was designed by Burnett for the magazine and the Karma Nirvana campaign as part of their campaign to establish a day of remembrance for victims of honor killings. There is also a short video, "Breaking Free" that accompanies it.

Honor killings are huge problem in the U.K .and around the world. There are an estimated 5,000 honor killings a year globally, bringing untimely and unjust death to women who dare cross their male family members. “One victim, Shafilea Ahmed, was killed in front of her other siblings by her own parents when she was just 17—all because she had dishonored the family by wanting to wear ‘Western’ style clothing and mix with white friends,” writes Cosmopolitan U.K.'s Fiona Coswood. “Girls who do not uphold the family’s ‘honor’ are often ‘dealt with’ by being forced into marriages, often to men they have never met, forced into a life they did not want for themselves.”