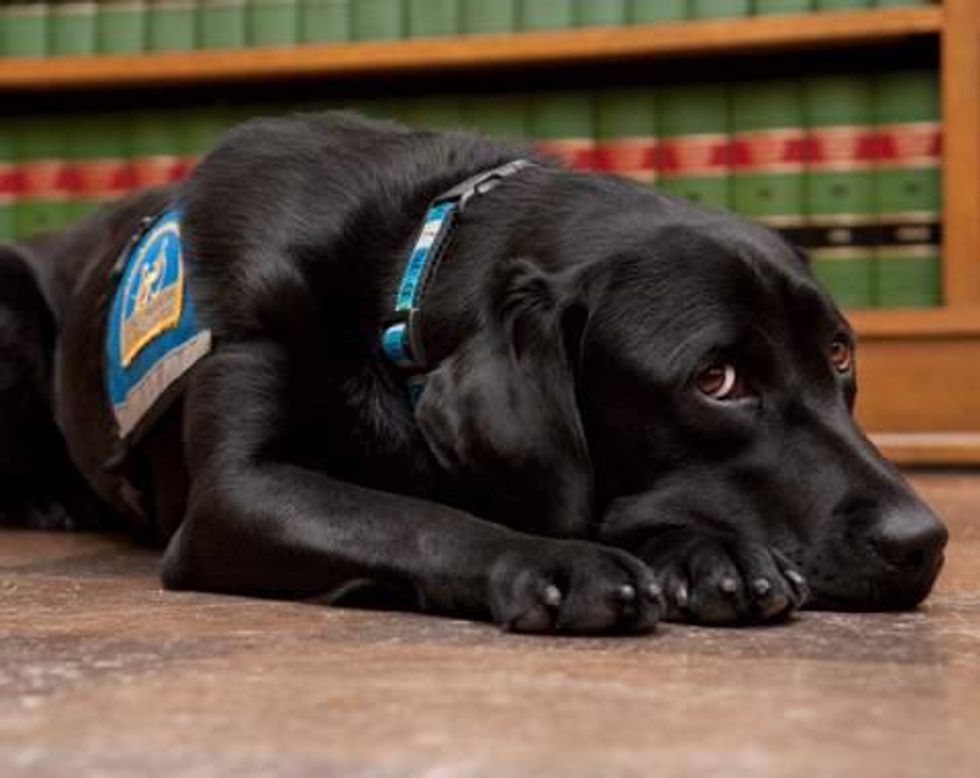 I consider myself lucky to have never been asked to testify in court. That said, years of watching Law & Order, coupled with having friends who work as trial attorneys lead me to believe it’s a tremendously stressful experience. I can only imagine, then, how trying–if not outright traumatizing–it must be to be called to testify against someone accused of attacking, harassing, or hurting you, or someone you care about.

For those put in that position, however, Bellevue, Washington’s “Courthouse Dogs” is there to help. With the motto “Promoting Justice with Compassion,” Courthouse Dogs trains emotional support dogs to accompany someone to the stand, in the hopes that their presence will calm the witness, and make the experience less emotionally fraught, overall.

When a person is reliving a traumatic event, they experience physiological reactions similar to what they had when the event was taking place. This adversarial system [of testifying in front of your attacker] is brutal.A lot of people come out damaged by it.

Dogs have a long history of being used therapeutically. Courthouse Dogs simply made the connection between the trauma of testifying in court, and the soothing effect dogs can have on many people. The nonprofit began training their specially selected “facility dogs” around the country in the late 2000s, but according to Walsen, herself a veterinarian, Stephens had been using dogs in legal settings as early as 2003.

What makes Courthouse Dog? As their website states, dogs undergo approximately two years of training, and must pass the same sort of testing guide dogs go through, in order to demonstrate it can be trusted in public, professional settings.

As Walsen and Stephens explained to Upworthy, there are currently some eighty seven dogs–largely Labs, and Golden Retrievers–working in more than half the United States. To learn more about Courthouse Dogs and their ongoing work to make courtrooms a more just, less-stressful environment, visit their website.