Would you have done that? 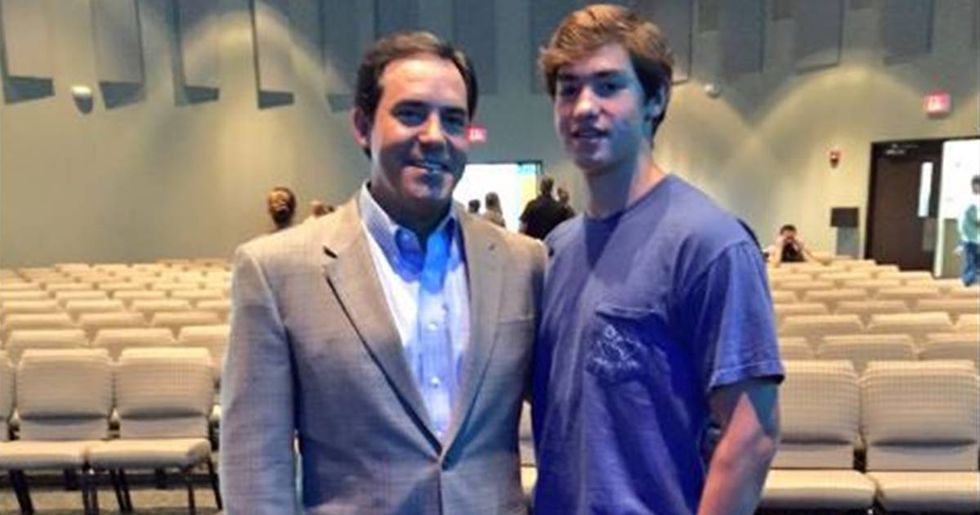 Bradley Howard is a 17-year-old football player in Texas, but that doesn’t mean he doesn’t still have to answer to his parents. Howard has a bad habit of talking too much in physics class, and last week, it finally caught up to him. “I like to talk a lot, and so my teacher kept emailing my dad about it,” he told BuzzFeed News. So this time his father had to leap into action.

“For some reason I said, ‘Hey, if we get another call I’m going to show up in school and sit beside you in class,’” Bradley’s father, Brad, said. “Friday is my only day off, so my wife wakes me up and says, ‘Brad, it’s time for you to go to school.’ I thought, Oh no, what have I done?”

“I was a bit nervous being there among the teenagers,” Brad admitted. “Mentally I hadn’t prepared to go into a situation like that.”

Dad and Bradley in Physics

After his surprise visit to his son’s classroom, Brad said the teacher was “grateful,” but he hopes that once is enough. “I pray it was a one-time thing,” he said. “I don’t think I’d ever do it again.”