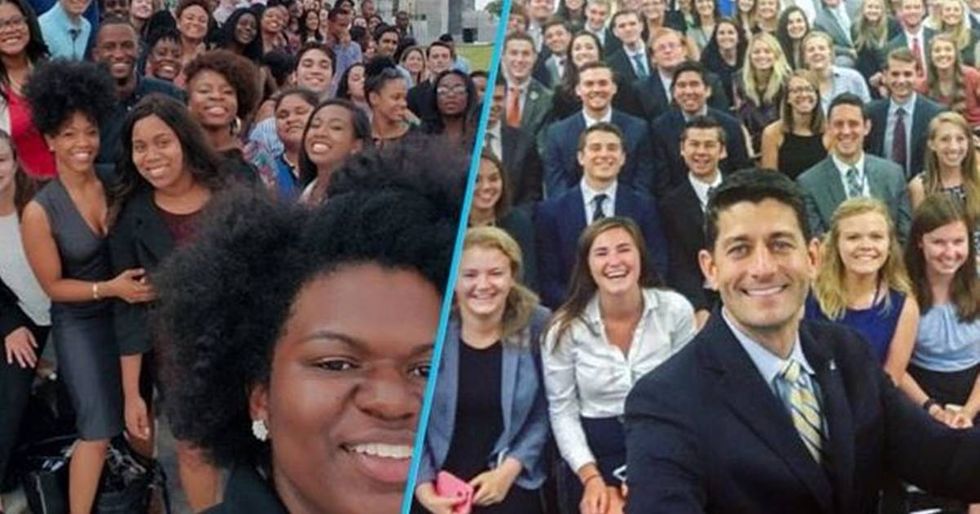 Last Saturday, Republican Speaker of the House Paul Ryan posted a cringeworthy selfie with over 100 of the GOP’s 2016 Capitol Hill interns. But people weren’t upset because of Ryan’s smile, it was because nearly every intern is white. The photo was emblematic of the Republican party’s problem connecting with non-white voters and called into question whether young minorities have access to important positions in Washington, D.C.

Today, the Democratic party showed that minorities do have access to congressional internships in Washington, D.C.—at least on their side of the aisle. Representative Eddie Bernice Johnson of Texas snapped a photo today that showed an ethnically-diverse group of interns on the steps of Capitol Hill and posted it to Twitter with a caption that read, “The picture of the Democratic interns look a lot different than the #speakerselfie #DemInternSelfie #Diversity.”

Representative Sheila Jackson Lee of Texas also tweeted a picture of the same group of interns.

Here are some of the reactions the photos inspired on Twitter.