From medical treatments to bills, these doctors are putting patients first. 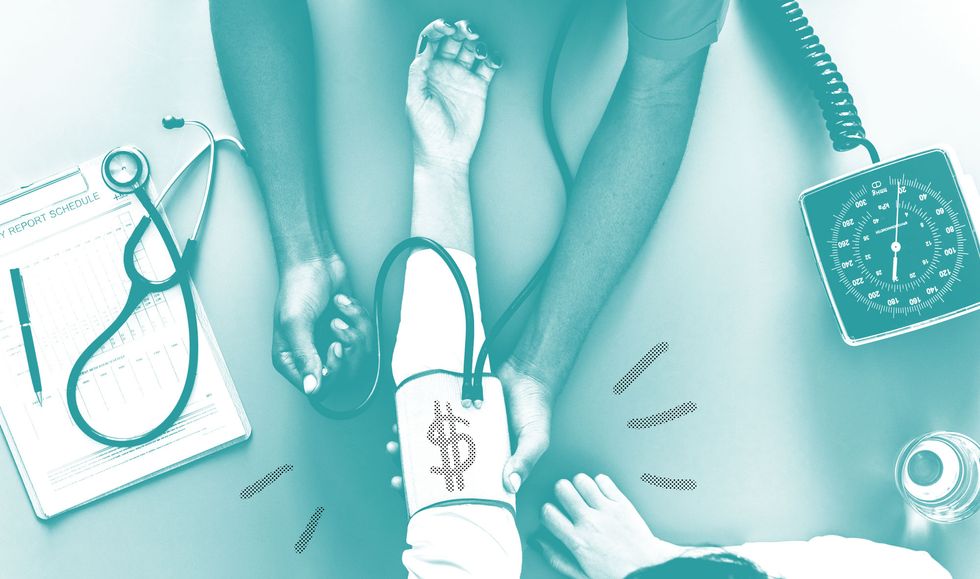 In the past couple of years, online fundraisers for medical bills have sprouted up at an increasingly high rate. GoFundMe — one of the largest online fundraising sites — alone has raised billions of dollars for people crowdsourcing their medical bills and various medications or treatments. The ever-present threat of going into debt because of illness or injury is yet another sign that health care in the U.S. is completely mismanaged.

But doctors in the Kansas City metro area understand the urgency of seeking medical help and are doing what they can to help their patients not feel inundated with bills.

They teamed up with a charity called RIP Medical Debt to help pay off the medical debt of hundreds of people in the area last week, totaling about $1.4 million dollars.

While RIP Medical Debt helps the general public, they primarily address the needs of members of the military, veterans, and low-income patients. In order to qualify, “patients must make less than twice the federal poverty limit, have medical debts that outstrip their assets, or have medical debts that are more than 5 percent of their annual income,” according to their website.

Dr. Ryan Neuhofel, one of the doctors who donated to pay off patients’ debts, said in a press release:

“When I worked within the large hospital systems, I couldn’t tell you how much an MRI was. Or what a lab would cost the patient. As doctors, we had been blinded to the cost of care, and — whether we like it or not — we bore some responsibility for patients’ bills. But now it’s our job, as direct primary care providers, to prioritize thinking about health care costs in the context of care and prevent debt like this from piling up in the first place.”

According to NBC News, 1 in 5 Americans has medical debt, and it all boils down to excessive U.S. government spending. Health care in the U.S. is by far one of the worst systems in the world — not only because we spend more than other countries, but because we also charge more than we need to.

“America spends much more on health care per capita than any other nation in the world and gets less health for it,” professor of economics John Komlos wrote in an op-ed titled “Here’s what’s wrong with the U.S. health care system.”

Last year, The New York Times asked several medical professionals to pick their ideal health care system between the richest countries in the world, including Canada, Britain, Singapore, Germany, Switzerland, France, Australia, and the U.S. They looked at various forms of coverage (like single-payer and universal), innovation factors, and more. Germany nearly with tied Switzerland as the country with the best health care system, while the U.S. ranked much further down the list.

Allison Edwards, the owner of Kansas City Direct Primary Care, told The Kansas City Star that Neuhofel first heard about RIP Medical Debt on a segment of “Last Week Tonight with John Oliver.” Even though they couldn’t fix the whole system, they all rallied to do their part to help their community — both in the doctor’s office and at the bank.