A massive ‘stampede’ of dolphins spotted off California coast. 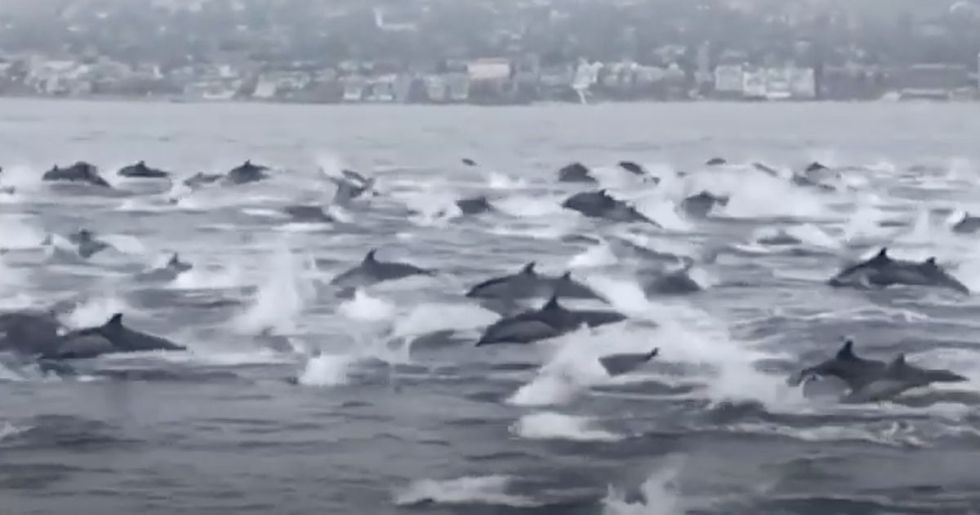 A megapod of dolphins, often referred to as a “stampede," was spotted off the coast of Laguna Beach, California swimming alongside a boat of onlookers for 25 minutes, the BBC reports.

Whalewatchers aboard a catamaran near Dana Point, California, witnessed a similar occurence in 2016.

“This breathtaking behavior can happen at any time and without any apparent cause. Porpoising is the fastest mode of travel for dolphins because there is less resistance in air than water," according to the crew at Captain Dave's Dolphin and Whale Watching Safari.

This is really a sight to behold. However, keep in mind if you ever come across something so spectacular, don't encroach on their space and potentially endanger them in the process. All wildlife deserves our respect and protection.
Trending Topics
THE DAILY GOOD
Start your day with something GOOD.
Trending Stories