Whales' migration patterns can be tracked by their songs, researchers claim 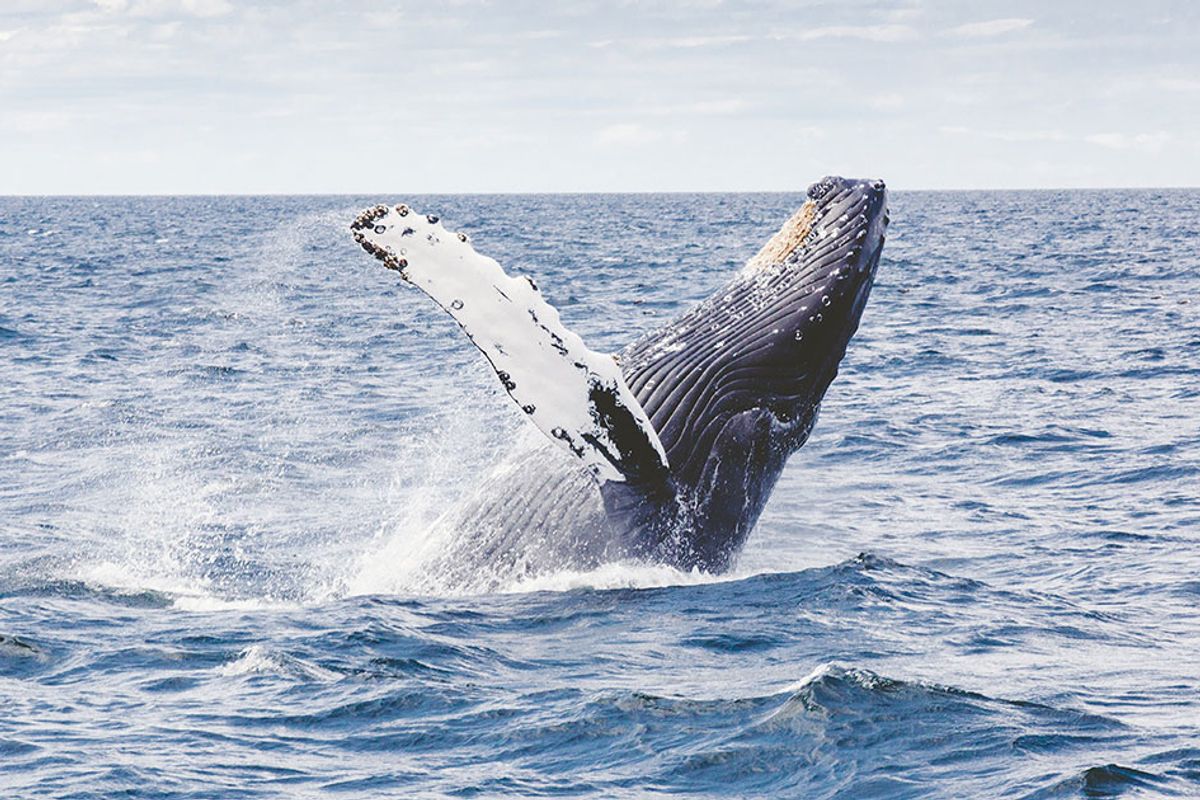 Photo by Thomas Kelley on Unsplash

It's fun to go to a party, talk to strangers, and try to guess where they're from just by their accents and use of language. It's called 'soda' on the East Coast and 'pop' in the Midwest, right? Well, it looks like a new study has been able to determine where a Humpback whale has been and who he's been hanging out with during his awesome travels just from his song.

A team of researchers from the University of St. Andrews, U.K. conducted a two-month study in the South Pacific to track different songs of overlapping populations of humpback whales. What they found is nothing short of revolutionary.

RELATED: A massive 'stampede' of dolphins spotted off California coast

It turns out that male humpback whales can fine-tune their songs to reflect portions of songs they've picked up from other males in other pods. Kind of like how we pick up new phrases and culture from new people we meet in different places.

"The migration patterns of humpback whales are written into their songs," said lead researcher Clare Owen in an interview with Vice, which basically means they can tell where in the Pacific someone hails from. "Personally, I really enjoyed digging into the lives of these whales through eavesdropping into their music," Owen added. Well yeah, whale voyeurism can be a thriving industry.

"We think that Humpback whales basically just like the novelty of a new song, so it's almost like a fashion," Owen said in a radio interview with the BBC. She went on to explain that it's just like someone seeing a person wearing a new pair of jeans, and then deciding to adopt those jeans so that other people think they're fashionable.

This is a really big deal because it shows that the songs these magnificent creatures jam to aren't just for mating and basic communication, they're an integral part of a rich cultural framework that allows them to communicate using a method not dissimilar from humans. And there's still so much to learn.

RELATED: Humpback whale shoots a rainbow from its blowhole

A study like this can be really good for conservation, as well; it can help with tracking different populations' numbers and locations. Until only recently the Humpback was on the endangered species list.

According the National Oceanic and Atmospheric Administration, as recently as two years ago, nine out of 14 known populations of Humpbacks are no longer considered endangered. Whaling was banned in 1985 when Humpback were nearly hunted to extinction, so this is pretty good news.

Thank you @SenBooker @SenatorIsakson and @SenatorCarper for stepping up and bringing the SAVE Right Whale Act to Senate! This bipartisan bill is coming at a cruical time right now. https://t.co/xo4dje81Y3#rightwhale #speakup4rightwhales #NARW pic.twitter.com/ynCbSCBYdD
— Whale & Dolphin Conservation (@whales_org) September 13, 2019

But that doesn't mean we're out of the woods yet – according to the World Wildlife Fund, insidious commercial whaling in countries like Japan, Norway, and Iceland continue to wreak havoc on whales all over the world despite the ban.

To learn more about how to help stop the destruction of this amazing species, check out organizations like the WWF and Whale and Dolphin Conservation to see what they're doing to help and how you can participate.
From Your Site Articles
Related Articles Around the Web
Trending Topics
THE DAILY GOOD
Start your day with something GOOD.
Trending Stories
Slideshows