A female cyclist shut down a race by catching up to the men, and we're here for it.

“I can not believe they did that. I wonder if it is because our male egos are so fragile.” 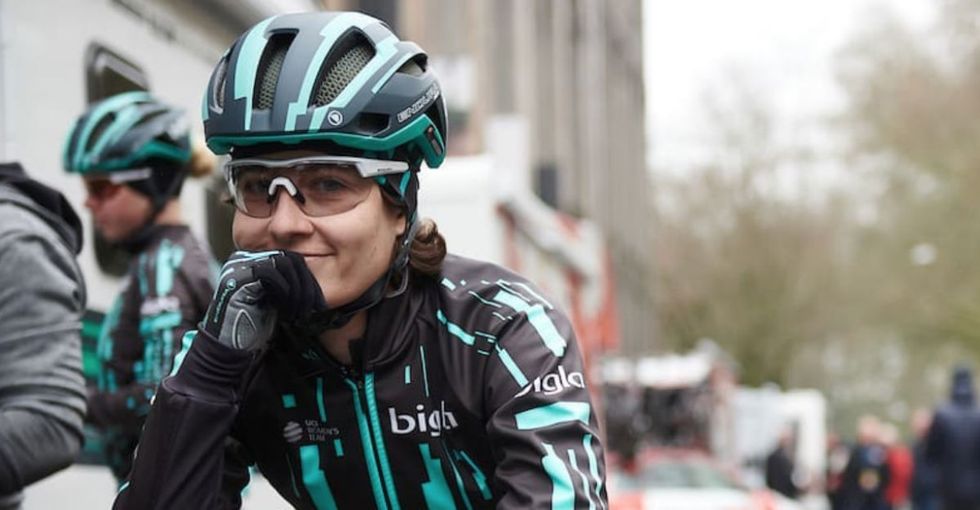 During the Omloop Het Nieuwsblad race, Swiss cyclist Nicole Hanselmann caught up to the men’s race, despite the fact the men’s race started a good 10 minutes prior. “[Maybe] the other women and me were [too] fast or the men [too] slow,” Hanselmann wrote on Instagram of the moment.

The women’s race was temporarily halted for ten minutes to restore the gap between the men and women’s races, literally separating the boys from the girls. The gap was to prevent clashes between the two races – although clearly the original gap didn’t stop that from happening, as Hanselmann proved her prowess. The Twitter account from the race posted the gap was closed “due to a very slow men’s race.”

When the race resumed, Hanselmann was given a head start. However, Hanselmann says the pause hurt her chances. "We came too close to the men's so we had to get a neutral time gap again so it was a bit sad for me because I was in a good mood and when the bunch sees you stopping, they just get a new motivation to catch you,” Hanselmann told Cycling News. "I think we stopped for five or seven minutes and then it just kills your chances."

“I can not believe they did that. I wonder if it is because our male egos are so fragile. Truly the winner of the day,” posted @bondia_cycling

“A race is a race, regardless of sex, and forcing you to stop to preserve a ‘men first’ attitude is disgusting. I guess they were desperate. Keep us posted on what (if anything) follows, and Well Done to you!” wrote @susanlangworthy

“You are an inspiration for gender equality, congratulations!” said @gianclaudiocarella

“You should catch up to the men every race until they let you pass,” wrote @y.u.lookin.at.me

In the end, Hanselmann’s momentum was crushed. Hanselmann ended up placing 74th in the race, and Chantal Blaak came in first. Even though Hanselmann didn’t win, she still served as an inspiration to many women competing against men – both in an outside of athletic events. Hanselmann’s story served as a real-life reminder that gender barriers exist in all activities, and more importantly, that you can break them.