Beyond its role as a local institution, the Ferguson Municipal Public Library has become a model for communities nationwide. 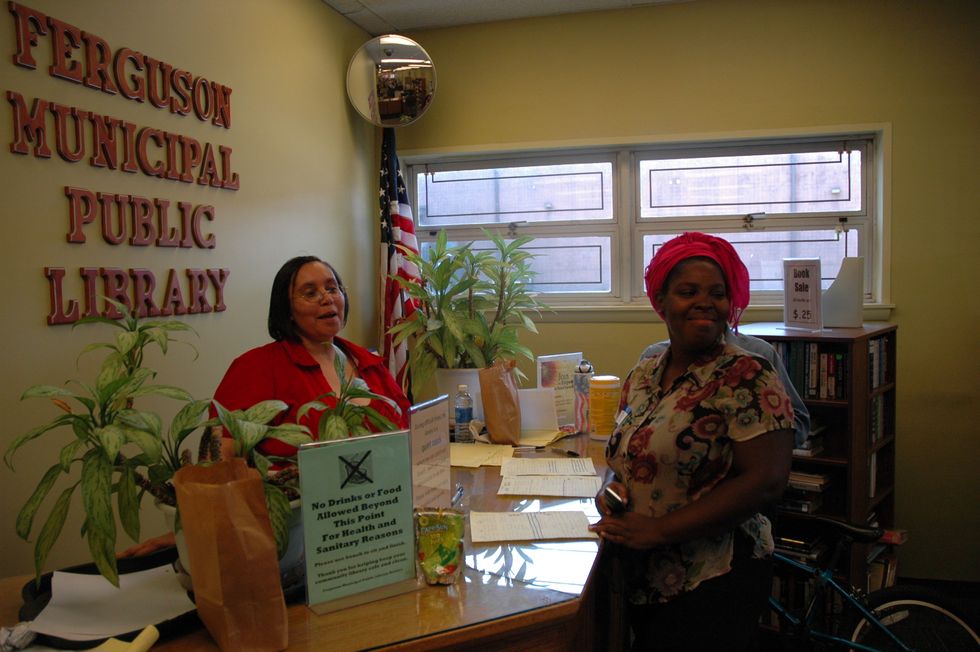 Following the shooting death of teenager Michael Brown at the hands of Police Officer Darren Wilson in August 2014, the city of Ferguson, Missouri went from unassuming St. Louis suburb to urban battleground—a place where protestors and law enforcement famously clashed, and where the “Black Lives Matter” movement ultimately took form. It was during those tumultuous weeks of conflict that one local institution transcended its unassuming facade, becoming for many both a haven in the midst of chaos, and a beacon of hope for a city on edge. That institution was the Ferguson Municipal Public Library, which this week was given the well-earned honor of being named the Gale/Library Journal “Library of the Year.”

In a passionate essay written for the Library Journal's June 15, 2015 issue, editor-at-large John N. Berry III describes how, just five weeks into the job, FMPL’s sole full-time staff member, director Scott Bonner, transformed the 84-year-old institution into a place where Ferguson’s residents—especially its children—could feel safe and regain a measure of normalcy as violence rocked their community. In the days of violence that swept across Ferguson, the Library remained open, keeping largely regular hours, and even housing a volunteer program designed by teachers to contextualize the protests for local school-children. In that respect, Berry explains, the FMPL “became an icon of constructive engagement and Bonner an unofficial ambassador of this important aspect of the library’s mission in a community in turmoil.”

Bonner, for his part, describes his thinking during those uncertain days:

“I defined the library mission as widely as I could. I wanted to look back at this time and regret saying ‘yes’ too much instead of saying ‘no’ too much. I’ve done a lot of thinking about the library’s mission and how broadly we can define it so that I can say ‘yes,’ and not be gatekeeping and stopping things. I want to say ‘yes’ to everything I can. We’re going to run the library too hot, things are going to break. Things are going to go sideways. I’d rather do too much and have things go sideways that do too little.”

The FMPL’s nomination for “Library of the Year” was reportedly signed by over 100 library directors from around the country. It was selected for the honor from among a crowded field of other nominees by a panel of judges comprised of library professionals, as well as Library Journal staff. But even before being nominated for the award, the FMPL’s success was already making waves. In the months following the Ferguson protests, the Library’s reputation skyrocketed both within, and outside, the community, resulting in an influx of donatations both private and corporate, as well as newfound respect as a vital communal leader. They’ve even hired a second full-time staff member. Most importantly, perhaps, is the fact that the Ferguson Municipal Public Library has, in its own way, become a model for the future of libraries nationwide.

For someone who helped usher his city through a period of unprecedented upheaval, Scott Bonner, who was himself named a Library Journal 2015 “Mover and Shaker,” is surprisingly humble. As he tells LJ:

“It’s what libraries do.”