Would You Like Some Money, Just For Being A Person? 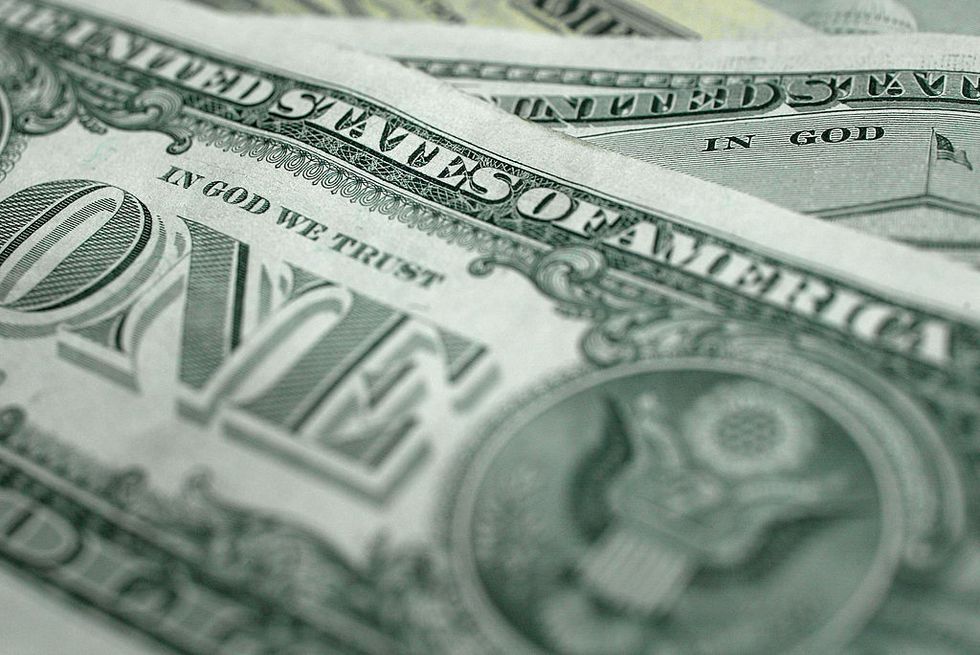 If, over your lifetime, you might: A) go to college, B) have a baby, C) get sick or D) be old, there’s a growing movement you’ll want to pay attention to: Universal basic income, or the idea every person in a society is entitled to a baseline income, simply for being a person.

This isn’t just an entitlement scheme or obscure, la-la-land economics. The idea dates back to Thomas More’s 1516 classic Utopia, but has been gaining unprecedented traction in economies around the world, including Canada, Britain, New Zealand, Finland and India. Bernie and Hillary are fielding basic income questions on the campaign trail, while more than 30,000 Reddit users post each analysis, vote, video and research project with pounding frequency.

The momentum is a result of several factors, according to Karl Widerquist, associate professor at Georgetown University’s School of Foreign Service in Qatar (and longtime proponent of basic income). After a decade of financial crashes, protests over inequality, and labor disruptions due to manufacturing automation, says Widerquist, there has been an exponential spike in public interest. (You are reading this article, after all.) Searching “basic income” in Google Trends yields this:

“People are concerned about inequality again," says Widerquist, who started a newsletter on the topic back in 1999 that’s still running today. "It's been a long time since that's been the biggest concern in politics. It's coming back in a big way.”

A June 5 referendum on giving every citizen a monthly income of about $2,500 just failed in Switzerland, but proponents of the idea aren’t giving up hope. Many, including Widerquist, have declared the referendum itself a win.

"The idea of [the Swiss] campaign was to spread the word about basic income, introducing people to it, begin changing people's minds. What this shows is that they've succeeded in getting 23.1 per cent of the Swiss population to support it,” he says, calling it part of a long-haul campaign. “Considering this is something that was unknown when they started, that's an enormous success.”

For the first time that he can remember, Widerquist also says U.S. presidential candidates are taking questions seriously on the feasibility of basic income, not dismissing the idea as socialist nonsense. Hillary Clinton (vaguely) responded to the question on Facebook, while Bernie addressed the question on Reddit.

“When I started working on [basic income] it was such a utopian idea I treated it as a history project,” says economist and professor Evelyn Forget. Forget’s work reconstructing MINCOME, a guaranteed annual income experiment in the small Canadian city of Dauphin, Manitoba, is frequently referenced in the movement. Back in the mid-70s, the original project—which she pulled from dusty obscurity—showed significant reductions in hospitalization, particularly related to mental health issues, along with increased rates of high school graduation.

Whether it comes education, housing, childcare or healthcare, it can be hard for those in poverty to imagine a different kind of life, says Forget. "So much of energy is focused on just making ends meet, it's very hard to make long-terms plans and think about how you might do things differently,” she says, of the effects of scarcity on human behavior.

Silicon Valley’s Y Combinator recently announced it will give 100 Oakland families between $1,000 and $2,000 a month, with researcher Elizabeth Rhodes parsing the results. “Fifty years from now, I think it will seem ridiculous that we used fear of not being able to eat as a way to motivate people,” writes president Sam Altman. “I also think that it’s impossible to truly have equality of opportunity without some version of guaranteed income.”

Both Forget and Widerquist say they’re wary of privately held companies and community organizations toying with basic income experiments. “I get very nervous when I see these individual efforts to introduce or experiment with basic income, this notion that you'll crowdfund money and choose one lucky family," Forget says. "You're playing with people's lives...maybe you should rethink."

For Widerquist, his primary concern is the inability for anything other than a government to make changes that are big enough, fast enough. "All it is, is capitalism where income doesn't have to start at zero,” he says. “Everyone can grow up without being malnourished, having decent housing and can enter the labour market as a free person."

And that seems like a tough notion to find fault with.