Now New Yorkers can opt out of the gender binary by choosing “X” on their birth certificates. 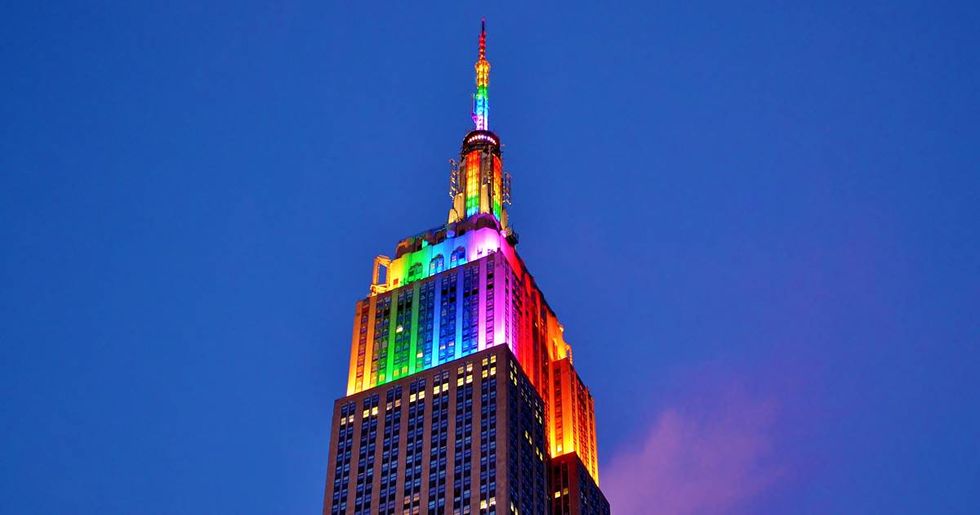 New York City has always been a place people flock to express themselves. Now, the city government has made it easier by getting out of the way and giving people greater freedom to express their gender identities.

Back in September, the City Council voted to allow New Yorkers to change their birth certificates to reflect their gender preferences without a doctor’s note. It also added the “X” option for those who prefer not to be labeled as male or female.

Parents also now have the freedom to choose “X” for their newborns.

The law brings the city in line with laws in California, Oregon, and Washington D.C. A similar law will take effect in New Jersey in February.

“There are plenty of New Yorkers who don’t identify as either male or female,” City Council Speaker Corey Johnson said. “Gender is a spectrum for many folks, and it’s not a fixed thing. So for New Yorkers who are transgender, who are gender non-conforming, who are non-binary, to have an option to better self-identify on such an important document, their birth certificate, unlocks all sorts of things for them.”

The new law went into effect on January 1.

The new legislation protects gender nonbinary and transgender people from being discriminated against by making it easier to aquire legal identification that matches their gender.

It also protects transgender and gender nonbinary people from laws such as North Carolina’s controversial “Bathroom Bill” that required people to use restrooms that match the biological sex noted on their birth certificates.

Plus, it gets prevents government from collecting information about people’s gender decisions which shouldn’t be its business in the first place.

“For decades, New York City has been a place where people come to express their identity, but our institutions never afforded transgender and non-binary individuals control over their gender on government documents,” Health Commissioner Dr. Oxiris Barbot said. “By offering a non-binary option and a less burdensome way to change one’s gender on their birth certificate, the City is moving in the right direction towards full equality for New Yorkers who have historically been marginalized and ignored.”