This German circus replaced animals with cruelty-free holograms and it looks amazing.

Way to get with the times! 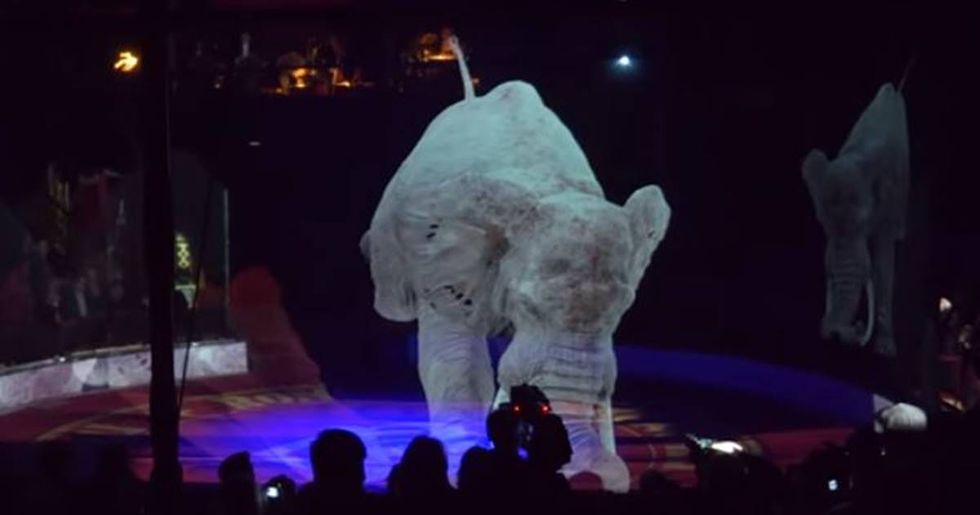 Much like smoking cigarettes indoors, lawn darts, and asbestos before it, the circus seems to be making its way to the dustbin of history.

Circuses are notorious for mistreating their animals, so 26 countries have got with the times by either introducing or implementing bans on them.

Circus Roncalli, a German circus founded in 1976, began slowly phasing performing animals out of its show in the 1990s and now has eliminated them altogether in favor of futuristic holograms. The holographic projections are large enough to fill the arena measuring 105 feet wide and 16 feet deep with 360° visibility for the entire audience.

While the images of the animals are startling, most of the acts in the show feature human clowns and acrobats performing traditional circus stunts.

“Most of the numbers in the show would already be done by the artists and clowns today anyway,” the circus’ director said, according to The Dodo. “The focus of the Circus Roncalli is on poetic and acrobatic numbers.”

The circus’ move into the future is receiving praise from animal rights activists and cheers from the thrilled crowds.