Rabbi who survived synagogue shooting gives a moving tribute to the woman who died protecting him.

”It is clear that such heroism and good deeds are not only characteristic of dear Lori in death, but this is the way she lived her life.” 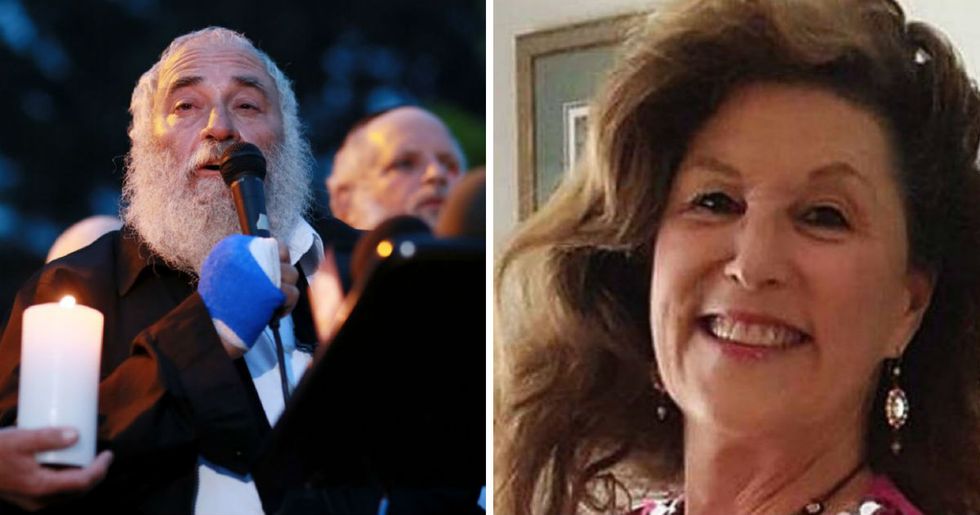 Lori Gilbert-Kaye, 60, is being hailed as a hero for making the ultimate sacrifice to protect her rabbi at the Chabad of Poway synagogue in Southern California last Saturday.

Gilbert-Kaye threw her body in front of her friend of more than two decades, Rabbi Yisroel Goldstein, as he tried to escort children out of the synagogue. She was shot and killed by the alleged 19-year-old gunman who shouted anti-semitic comments while firing his AR-style rifle.

“The rabbi told me as he was being rolled into the OR, ‘let everyone know that Lori stepped in and saved my life,’” Roneet Lev told USA Today at a vigil across the street from the synagogue. “Tell everybody that I was a target.”

Goldstein suffered defensive wounds to his hands and two other congregants were injured during the shooting.

Gilbert-Kaye was in the synagogue to remember her late mother during a memorial service. After she was shot, her physician husband immediately started performing CPR on her and fainted when he realized it was his wife.

Michelle Silverman, a friend of Gilbert-Kaye for over 50 years, told USA Today that her faith was central to her life as were her daughter and husband.

“She sacrificed her own life, throwing herself in the path of the murderer’s bullets to save the life of the Rabbi,” Israel’s minister of diaspora affairs, Naftali Bennett, said in a statement. “But it is clear that such heroism and good deeds are not only characteristic of dear Lori in death, but this is the way she lived her life – at the heart of her community, constantly doing charity and good deeds for those in need.”

The alleged gunman was charged Sunday afternoon with one count of Murder in the First and three counts of Attempted Murder in the First Degree. The alleged shooter has also claimed to have set fire to a mosque in Escondido, California in the weeks before the shooting at two mosques in Christchurch, New Zealand.

Before the shooting, the alleged gunman posted a manifesto on 8chan, a right-wing message board, where he claimed Jews have planned a “genocide of the European race.”

A GoFundMe page has been established to help the victims of the shooting and their families.