Good Advice: Don’t Give Up On Gun Control

“If Congress won’t help keep guns out of the wrong hands, then we need to change Congress.” 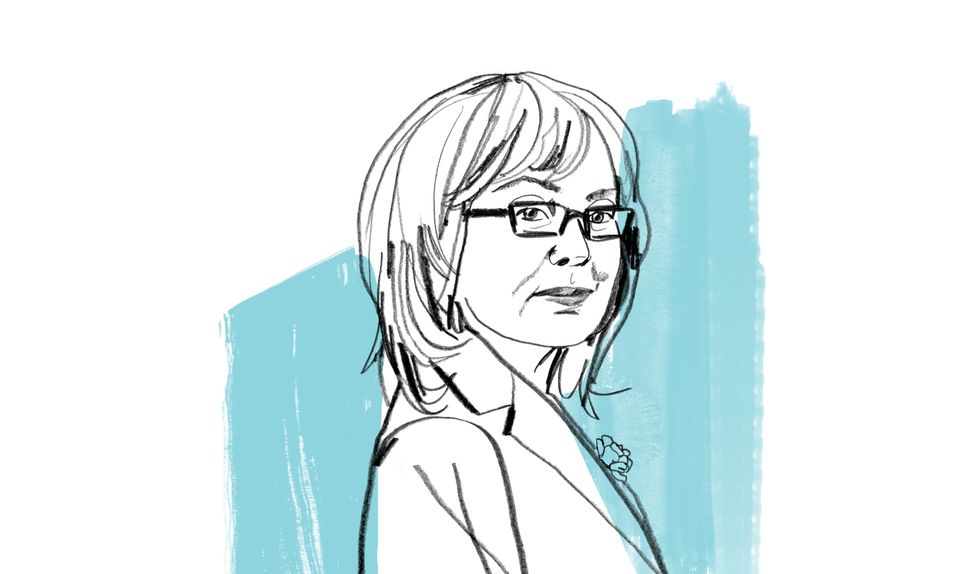 In 2011, Jared Lee Loughner attempted to assassinate former Congresswoman Gabrielle Giffords, shooting her in the head at point-blank range before turning the gun on a crowd, killing six. Giffords survived, and has since relearned how to walk, talk, and read. She’s also become a fierce advocate for gun control. Below, Giffords shares why she doesn’t feel helpless toward gun violence and what she thinks we can do to institute more rational policies.

My husband Mark and I are both gun owners. We respect and value the Second Amendment rights of law-abiding Americans to own and use guns. But gun violence is a national crisis, with firearms claiming 33,000 lives each year. It’s an incredibly complex problem—only a fraction of gun tragedies involve someone who is dangerously mentally ill.

Though there is no single cause or solution, we know responsible gun laws save lives. In states that have closed the loopholes that allow felons and domestic abusers to buy guns without a criminal background check, 46 percent fewer women are murdered with a gun by their intimate partners.

I’m frustrated that Congress has done something remarkable in the face of our gun violence crisis: Nothing. It remains in the grip of the gun lobby. But if Congress won’t help keep guns out of the wrong hands, then we need to change Congress. Remember, the candidates we elect at every level—from City Hall to the Oval Office—have the power to enact change. Since the 2012 shooting at Sandy Hook Elementary, 138 new gun laws have been enacted in 42 states.

[quote position="left" is_quote="true"]Like my recovery, making our communities safer from gun violence will be a long, hard haul. But there’s so much you can do.[/quote]

Like my recovery, making our communities safer from gun violence will be a long, hard haul. But there’s so much you can do. You can join Mark and me in the fight with Americans For Responsible Solutions. The vast majority of gun owners support commonsense solutions like background checks—we’ve already helped pass legislation in a number of states. Speak out and stand up by voting to reduce gun violence. Ask your elected officials and the people running to represent you what their positions are on gun violence, then tell them what matters to you.