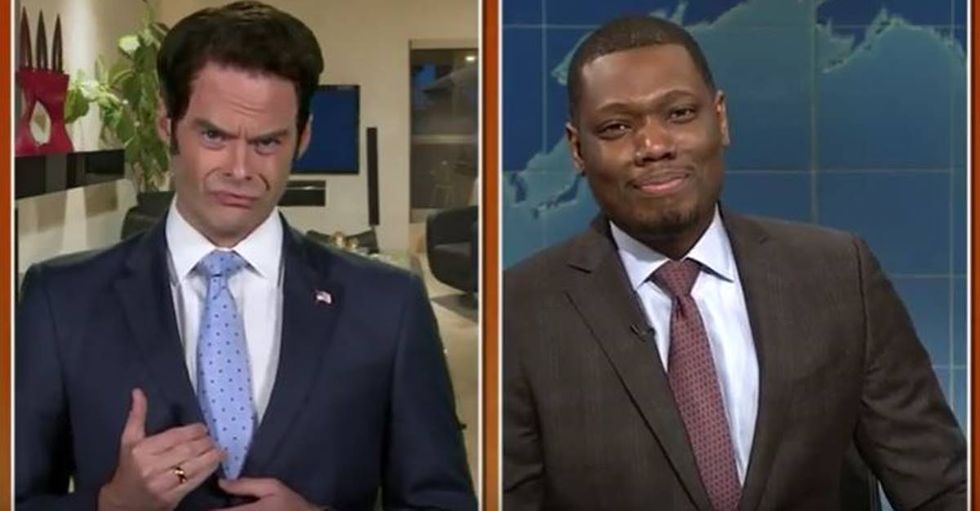 Since the show first hit the airwaves in 1975, “Saturday Night Live” has been declared dead on numerous occasions, but it has always made its way back to cultural relevance. The 2016-17 season was a high point for the comedy institution, earning its largest average weekly viewership since 1993-94. The show’s killer Donald Trump and Hillary Clinton sketches made headlines while Tom Hanks’ turn as David S. Pumpkins and Dave Chappelle’s monologue got millions of hits on YouTube.

Although “SNL” is on hiatus until the fall, NBC has decided to give America a little taste of the magic once a week. On Thursday, NBC debuted its 30-minute summer edition of the show’s “Weekend Update” segment. By Friday morning, everyone was talking about “SNL” alum Bill Hader’s perfect impersonation of former White House Communications Director Anthony Scaramucci.

In the bit, “the Mooch” clears up some of his comments as communications director to “Weekend Update” anchor Michael Che. “You know how you miss me. I’m like human cocaine,” Hader said. ”You got a little bump of me, I made you feel excited, but I was out of your system too quick. And now that I’m gone, you’re all depressed and edgy, and you’re trying to figure out how to score some more Scaramucci.”

While most of America has had enough of “the Mooch,” we can’t wait for fall to get a full dose of “Saturday Night Live.”