“China, if you’re listening, why don’t you get Trump’s tax returns?” 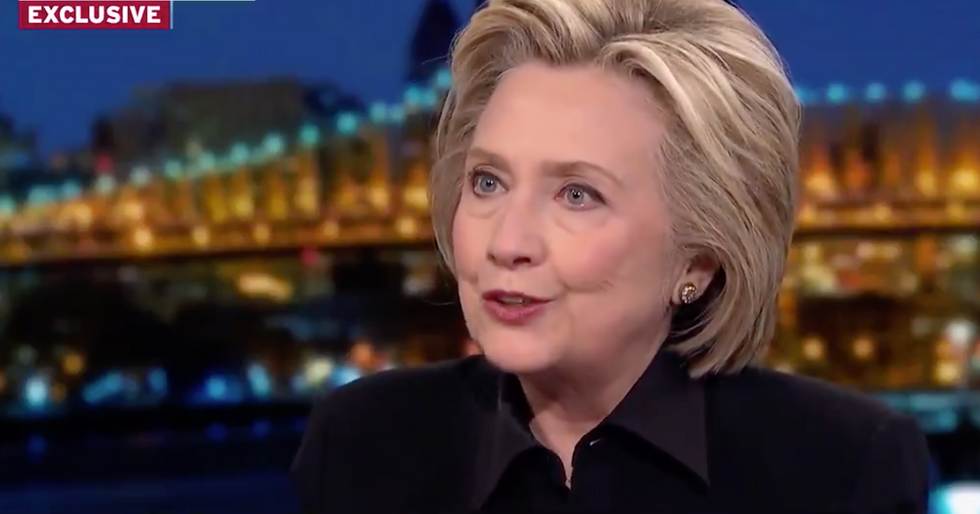 As someone who came into the White House through the world of business and reality television, Donald Trump has always been held to different standards than traditional politicians.

There have been countless incidents in which Trump’s antics and scandals would have sunk any other politician, but he escapes him because his own party lets him off the hook.

Hillary Clinton made an important point about double standards Wednesday night on “The Rachel Maddow Show”, where she satirically suggested that Democrats should court China’s help in 2020, just like the Republicans did in 2016 with Russia.

“Imagine, Rachel, that you had one of the Democratic nominees for 2020 on your show, and that person said, you know, the only other adversary of ours who is anywhere near as good as the Russians is China,” Clinton told Maddow. “So why should Russia have all the fun? And since Russia is clearly backing Republicans, why don't we ask China to back us?”

“And not only that, China, if you’re listening, why don’t you get Trump’s tax returns?” Clinton continued. “I’m sure our media would richly reward you.”

Clinton was referencing when Trump asked Russia to hack her emails at a July 2016 news conference.

“Russia, if you’re listening, I hope you’re able to find the 30,000 emails that are missing,” Trump said. “I think you will probably be rewarded mightily by our press.”

According to The Mueller Report, within hours of Trump’s request, Russian hackers attempted to go after Clinton’s emails.

But with Trump, somehow, it was okay. Unbelievable.