After a bigoted hardware store owner posted a ‘No Gays Allowed’ sign, he got roasted on Yelp.

The SCOTUS’ ‘wedding cake’ decision gave people permission discriminate against the LGBT community under the guise of religious freedom. 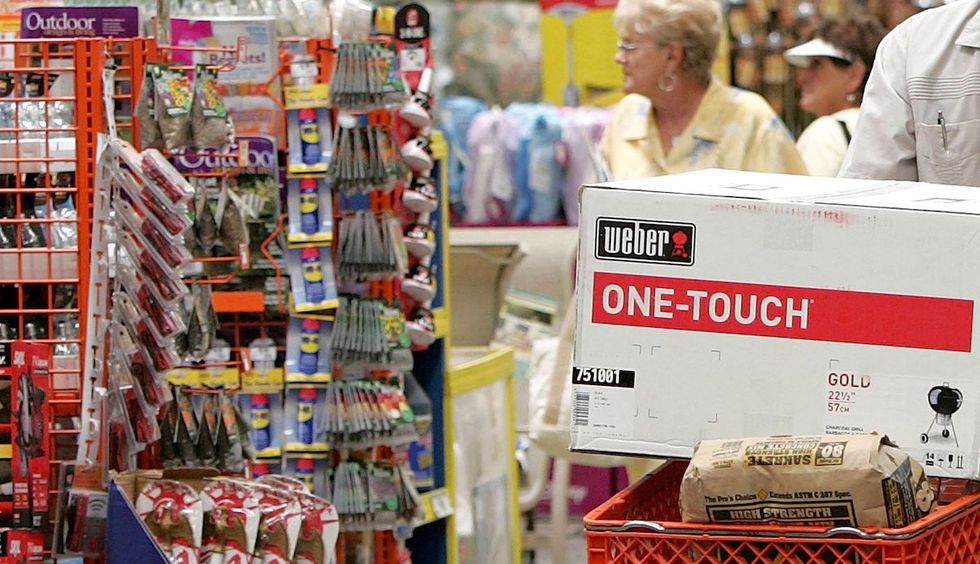 The U.S. Supreme Court may have legalized gay marriage on 2015, but in 2018 it said that people have the right to oppose it. The court ruled 7-2 in favor of a Colorado baker who refused to make a wedding cake for a gay couple. The baker cited his Christian beliefs as the reason for his opposition.

After the SCOTUS decision, bigots have been empowered to refuse service to the LGBT community on the basis of “religious freedom.” One notable case is Jeff Amyx, the owner of Amyx Hardware and Roofing Supplies in Washburn, Tennessee.

Doesn't he look proud?
This is Jeff Amyx, owner of Amyx Hardware & Roofing Supplies in Washburn TN.
Phone # is listed if anyone feels like giving him a call & letting him now how you feel about his new 'policy'.
Even had Tshirts made up!! #Muricapic.twitter.com/IEmVnAXhF5

Amyx caught the attention of social media back in June 2018 after hanging homophobic signs on the front door of his business that read, “No gays allowed,” “Choose god or gays,” and “We reserve the right to refuse service to anyone who would violate our rights of freedom of speech and freedom of religion.”

It’s puzzling why anyone in business to make a buck would turn off potential customers by posting bigoted signs. However, it’s possible that someone who believes the universe was created by a supernatural bigot would also have questionable business sense.

The week after his signs went up, people from across the country slammed Amyx’s business on Yelp.

Reviewers on Google even re-categorized his business as a gay bar.

Eventually, Yelp flagged the page for a clean up and began to pull down the negative reviews.

“This business recently made waves in the news, which often means that people come to this page to post their views on the news,” Yelp said in a statement. “While we don’t take a stand one way or the other when it comes to these news events, we do work to remove both positive and negative posts that appear to be motivated more by the news coverage itself than the reviewer’s personal consumer experience with the business.”

However, Google still has the business listed as a gay bar and doesn’t appear to have touched a single review.

While people should have the freedom to exercise their religion how they choose, people should also not be discrimininated against because of their sexuality. The Amyx Hardware story is a great example of people using their freedom of speech to fight back against discrimination, but the country still needs strong laws to protect its most vulnerable citizens from bigotry.

The good news is that after the Democrats won a majority in the House, they’re in a better position to pass the Equality Act. This bill would list sexual orientation and gender identity as protected characteristics in existing federal civil rights legislation. It would provide consistent and explicit non-discrimination protections for LGBTQ people across key areas of life, including employment, housing, credit, education, public spaces and services, federally funded programs, and jury service.