Ex-racists share powerful stories about how and why they changed their minds.

“Sesame Street. I'm not even joking … It kind of snowballed from there.” 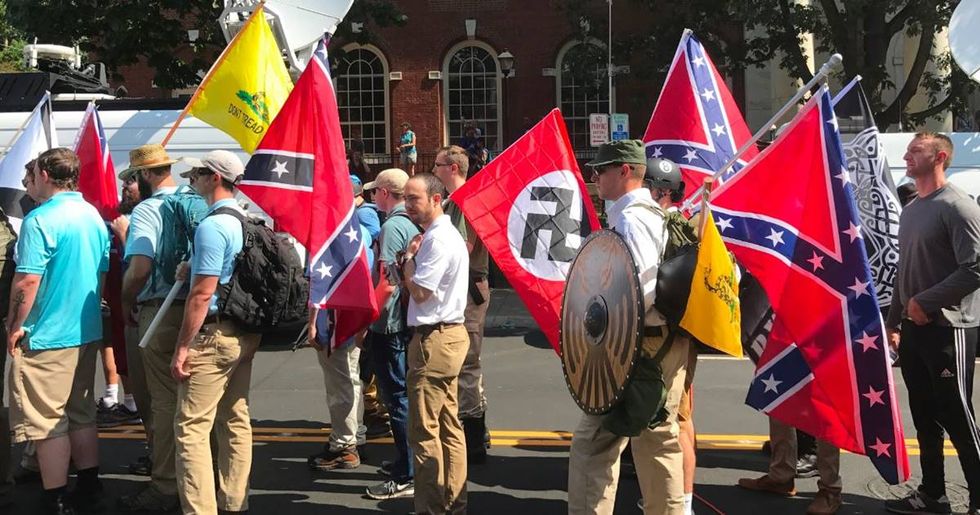 Using logic to change a racist’s mind is usually a losing proposition, because as author Jonathan Swift once said, “It is useless to attempt to reason a man out of a thing he was never reasoned into.”

It’s especially difficult to wake a racist from their hate-fueled trance because, according to psychologist Dr. Steve Taylor Ph.D., racism and xenophobia are defense mechanisms generated by deep-seated feelings of insecurity and anxiety.

Taylor believes that racism is a response to “a more general sense of insignificance, unease, or inadequacy.” So challenging a person’s sense of racist entitlement threatens their basic sense of self.

Changing a person’s mind is even more difficult considering what psychologists call the “backfire effect.” Studies show that when people are presented credible information that refutes their beliefs — especially in the political sphere — they double-down on their incorrect assumptions.

A recent post on Reddit proved that some racists are able to overcome their beliefs. Reddit user Quanris asked former racists “What made you change your mind?” and the responses showed powerful examples of how being exposed to other cultures can fundamentally alter one’s perspective.

Here are some of the best responses.

Sesame Street. I'm not even joking.
Was raised in a slightly racist household in a pretty racist state.
Seeing kids of all colors playing together made me wonder why my mom wouldn't let me play with certain people.
It kind of snowballed from there.

Reddit user Quanris says her mind was changed by education.

I grew up in the deep South. I mean, twenty years of my life was spent on the same exact street that my family has lived in for over a hundred years. I went to public school; K-12. So I basically grew up with the same people around aside from the occasional new student who made the questionable decision to move there. When we all graduated, we all went to the same exact community college.

I just got tired of it. I made the decision to move North to go to college. One of the first courses I took was a sociology class about our country's perspectives on different races.

It instantly opened my eyes to how racist I truly was. I had been raised in it, genuinely brainwashed into the ignorant thinking that rule racist attitudes. I had never even stopped to ask myself if I were a racist until that class. It was then that I came to the hard conclusion that I was racist, homophobic, and sexist (I'm female and I had some harsh attitudes toward how a female should behave/dress/etc.).

I’m ashamed of the things I used to think and the disdain I used to hold toward other people. But admitting to being wrong is the first step toward progression. I'm very glad that I took that class and that I realized my harmful behaviors. It's something I think back to constantly and consider it as a turning point in my life.

Reddit user Monday says it was going to college.

I was a kid in a racist family. N-bombs were thrown around the dinner table regularly. I had really only met a few African Americans in my whole life. I was also the first in my family to go to college (other than my brother to seminary for the cult my family is in which I don't count).

My friend Richard REDACTED was my first “black friend”. I think he only liked me at first because he had a crush on my friend Amy and she would always be at my parties. But we ended up friends for 4 years. I’m naturally sort of empathetic and am good at putting myself in other’s shoes. It just sort of dawned on me very early on that I wouldn’t speak or act that way if he was around so I just decided I should never act that way. It took me a little while to forgive myself for being garbage, but I was a kid and literally didn't know any better. Oh yeah - and I fired my shitty family.

I haven’t talked to Rich in over twenty years. I moved 3,000 miles away after college and as you might expect from his name — it is basically impossible to google him.

If you are out there Rich - thanks!

My whole family is quite racist. When I was little I was trying to wrap my head around the rules of the world, so I thought it was as simple as different teams. Blacks vs Whites was just like the Red Sox vs the Tigers. Then my grandmother starts going on about how horrible Polish people are and how I'm never to talk to them. So I'm psyched! Screw those Polish people, whatever color they are, we're mortal enemies. Then she points out our Polish neighbor to me. But... she's white.

That’s when I realized she was just making up the rules and I wasn’t going to play games with someone who couldn't stick to the rules.

I wasn’t an actual racist per se but I definitely had a stereotypical idea of how a group of people is because of the action of the few or because what I have seen on the media. What made me change? Well, I saw a video of a writer named Chimamanda Ngozi Adichie, she spoke about the dangers of the single story and that video changed my life and it opened my eyes. Check it out on youtube and write Chimamanda Ngozi: Dangers of a single story.

Ripperxbox’s outlook was changed by the power of hip-hop.

But what’s more impressive is how thick of a shell it cracked, my step father who pretty much raised me was/is a klansman and so is his farther, brothers, etc. This was an old fashioned family too my. Mother didn't speak unless spoken to my sisters were expected to marry who my step father chose, this was Normal to us. I was expecting to find a woman to marry and start a family as soon as I was 18. I'm 23 now so this was recent, my step father beat my older sister black and blue for sleeping with a black man. He always told us that black people are rapist and gang bangers, and that Mexican while hard workers are all dirty people and will never amount to anything useful aside from cheap labor. He controlled what we watched and played to reinforce his beliefs in us. On top of this he was a devout Christian ( I was a closeted atheist since 16, but he would have literally killed me of he knew) he believed that gay people should be killed along side of atheist and Muslims (he wasn't focused on Jews for whatever reason) I had never met a person of color until I was 17 so I never experienced anything first hand to contradict what I was told.

Some time in my late teens I discovered rap and was obsessed, first song I heard was by 2pac and I was obsessed, well as I learned more it lead me to Martin Luther King Jr and what he did for people of color. At some point I broke down crying because I realized everything I was told was a lie. When I realized I was an atheist I decided I couldn't operate under my old mind set so I needed something to replace it and decided to go with the speech that broke my hatred.

I decided I would judge everyone based on their actions not the color of their skin or who they prefer to sleep with.

Interestingly, no one’s worldview was changed by arguments or shame. They all seemed to change their minds after fostering close relationships with people who are different.

According to The Science of Equality, there are five tactics that can help people overcome their prejudices: presenting people with examples that break stereotypes, asking them to think about people of color as individuals rather than as a group, tasking them with taking on first-person perspectives of people of color, and increasing contact between people of different races.

Three years ago, our partners at Upworthy profiled Christian Picciolini, a man who helped build that white supremacist movement in Chicago, but eventually changed his views after coming into contact with a diverse clientele at his record store.

“I really received compassion and empathy from the people from that I least deserved it from,” he told Upworthy. “And that’s what changed me.”

Ever since he’s dedicated his life to helping people leave racist hate groups. In 2017, he founded Free Radicals, a global organization that aids individuals, and their families or communities, in exiting hateful and violence-based extremism.