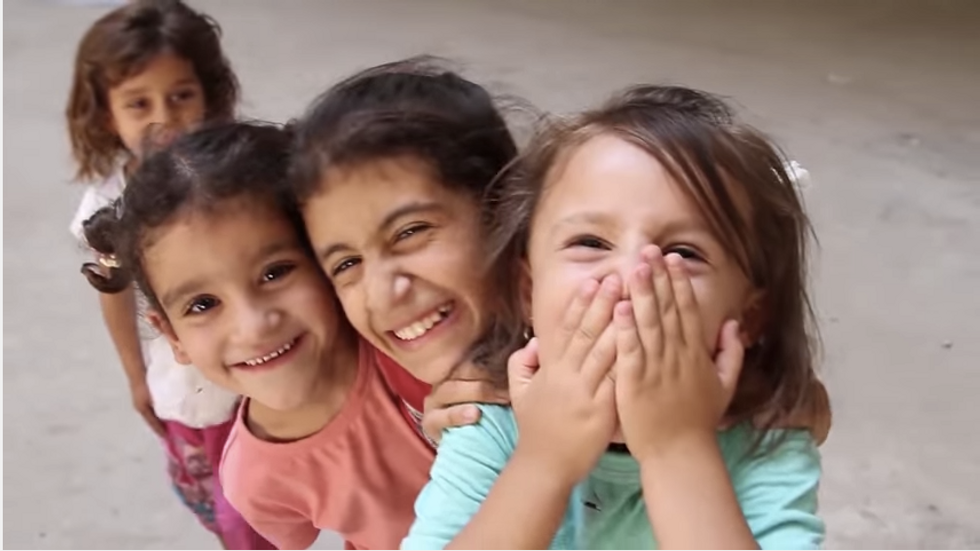 Christian Stephen is an award-winning filmmaker who specializes in telling stories from some of the most dangerous places on Earth: Iraq, Afghanistan, Syrian and others.

But one of the regular challenges he faces is getting people to connect with stories that don’t conveniently fit into their viral news feed. On some level, nearly all of us care about the plight of refugees, the costs of war and the need to make our world a better, safer place. But how many of us are willing to get involved to make that change, or even read a story about those who already are?

Stephen says after a recent trip to the frontlines of Northern Iraq, where Kurdish forces are combating ISIS, he wanted to find a new way to tell the story of those escaping the horrors of war. Rather than what he calls the “Hours and hours of adrenaline pummelled footage showing refugee camps, tears, screaming, gunfire, explosions, loss of hope, and a pain throughout the soul,” he knew reaching a different audience meant telling the story differently.

So, he reached out to critically acclaimed musician Ed Harcourt. Fresh off producing his latest album “Furnaces,” Harcourt and Stephen entered into a unique collaboration, creating what on the surface appears to be a standard music video for Harcourt’s song, “You Give Me More Than Love.” But all of the footage comes from Stephen’s deployment to Iraq and focuses on the very human, often uplifting, images of Iraqis attempting to maintain some sense of normalcy in the chaos of the world around them.

Stephen is no stranger to using different storytelling mediums as a way of creating empathy with viewers. Last year, he earned the historic distinction of filming the first virtual reality, 360 film from inside a war zone. That film, “Welcome to Aleppo,” captures images from inside the heart of Syria’s civil war. You can watch that short film on your phone or laptop. But viewing it with a proper VR headset literally makes you feel as if you’ve suddenly dropped into the middle of the conflict – a sensation that is all at once fascinating, terrifying and impossible to ignore.

Both Stephen and Harcourt are hoping their collaboration will help the story of these incredible Iraqi refugees reach more people and get them the hep they so desperately need. In the heat of the controversy surrounding Donald Trump’s travel ban on immigrants from countrires including Iraq, the timing could be right to make a real impact.

“We had separately approached a similar, merciless near-limit of what could be communicated about our brutally dark, yet staggeringly beautiful world,” Stephen said.” This video is a labor of love for us both, and an attempt to communicate the incommunicable. To defy the clinical packaging of a news report, and do our utmost to conjure a more emotive view of the conflict from an atmosphere all too easily relegated to the darkness.”