The event focused on conservation, historic preservation, and sustainability. 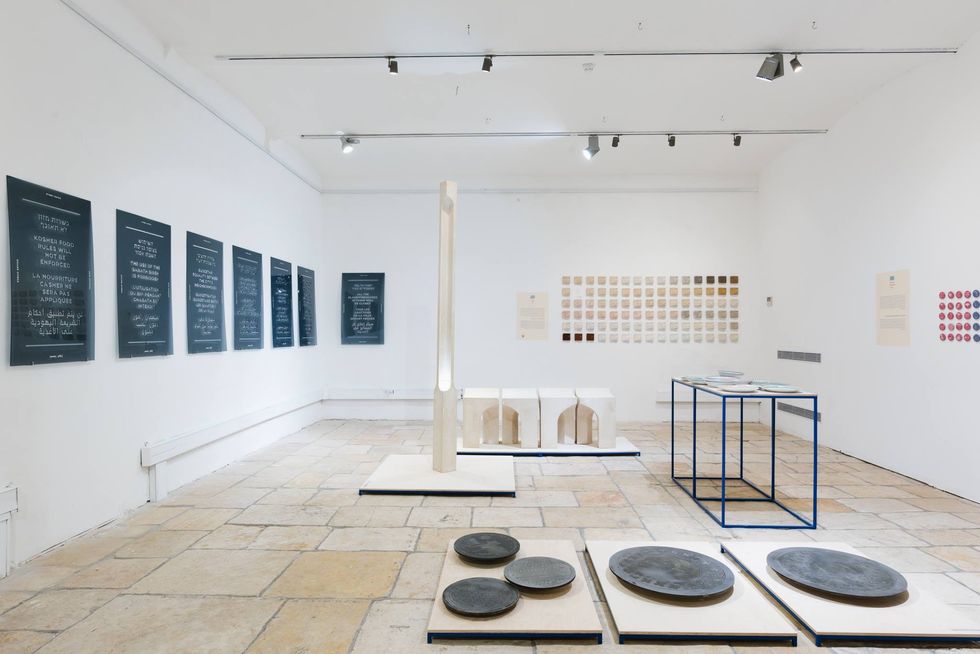 Jerusalem Design Week has become one of Israel’s largest and most significant public design exhibitions, bringing together more than 150 local and international artists and designers. Now in its seventh year, the festival included global partnerships and collaborative events with renowned design institutions and festivals.

This year, the event was named “Conserve,” which focused on conservation, historic preservation, and sustainability. The exhibition showcased some creative design responses for issues that are unique to Jerusalem and Israel, but also very familiar to the global community.

Israel faces environmental challenges and historical preservation goals like any other country.

At times, the country, known for its successes in technology and design, succeeds in creating innovative ways of preserving and conserving. Other times, Israel misses opportunities, because of its relative immaturity. It’s been just 70 years since the creation of Israel – a nation situated in an ancient land – and the various designers of the exhibition attempted to show successes and challenges in the country over that relatively short period of time.

One of Jerusalem’s preservation successes was the main location for the event — which was held in several spaces throughout the city, including the Museum for Islamic Arts and the Bible Lands Museum — but centered at the Hansen House. The building is a former hospital built in the late 1800s as an asylum for lepers that was turned into a media center. It was the focal point for Design Week.

Here are some memorable exhibitions and artists who brought their highly inventive and creative interpretations of the theme of preservation to Jerusalem Design Week.

This exhibit, held in the main galleries of Hansen House, marked 100 years since the British took control of Jerusalem as part of the British Mandate, when the country was a land under British administration, carved out of Ottoman Syria after the first World War.

It was a period that only lasted 28 years, until the establishment of the state of Israel in 1948, but it included efforts like those made by Ronald Storrs, the first British governor of Jerusalem who founded the Pro-Jerusalem society. The plan was to create and promote the city’s image, a concept that hadn't previously existed in the relatively small and ancient city, then inhabited by some 50,000 Arab Muslims, Arab Christians, and a growing number of Jews. The exhibit sets out the initial design elements, including manhole covers, posters, and the use of limestone for the facades of all buildings – known as Jerusalem stone –which offers a rosy glow when the sun sets each night against the city’s creamy expanse of limestone.

The exhibit then charged six young designers to recreate modern interpretation of those elements. There are street lights made out of Jerusalem stone and a selection of limestone squares in different shades that offers another option to the monotonous expanse of limestone.

There are also posters reflecting the political and social realities of modern-day Jerusalem, a city that is deeply divided between the Arab neighborhoods of East Jerusalem, and the Jewish communities of West Jerusalem, as well as with glaring divisions between secular Jewish Israelis and the large population of ultra-Orthodox Jews who live in Jerusalem.

The posters point to the conflicts between those residents, whether wishing for joint schools for Arab and Jewish children or the separation of religion and state in Israel, where the needs of the smaller ultra-Orthodox community often outweigh the wishes of the larger, secular population. Another poster points to the desire for a more permissive attitude in the capital city, where the guidelines of three major religions – Judaism, Islam, and Christianity – often weigh heavily on a modern city.

In this particular project, the blind employees at the workshop, based in Jerusalem’s Old City, worked with Bar Horowitz to create delicately tinted brushes for scents and incense, a new concept for a workshop that has made brooms and brushes for generations.

This exhibition shows that there were once hundreds of varieties of wheat in this region, a range that has now been been narrowed down to just a few, thanks to the efforts of industrialization. This exhibit showed a tornado of wheat sheaves and plastic bags containing dozens of traditional grains hanging in the inner courtyard of Hansen House. The traditional grains were donated by a local agricultural institute, in order to display the types of grain that once flourished tens of thousands of years ago. The grains became a main food component for humankind, but they are now changed forever.

The artists dumped 15 tons of salt from the salt factory in the city of Atlit into an inner courtyard of Hansen House to show how fresh fish used to be fished from the Mediterranean Sea and Sea of Galilee and then cleaned, preserved in salt, and prepared according to ancient recipes and traditions. The opening evening of Design Week served fish pressed in salt, according to various culinary traditions and recipes, and then recorded the sounds during the event, playing them back in the salt-filled courtyard during the rest of the week, in an attempt to draw more viewers into the experience.

Nature can serve as a source of inspiration for humans, who also have a complicated relationship with its existence, trying to recreate it for themselves, playing with the design of what existed without their interference. In this exhibit, presented in Hansen House’s historic laundry building, displays three projects that interact with nature, including “Interwoven” by Dutch designer Diana Scherer. She wove plant roots into the base of a piece of sod into graphic patterns over the course of several weeks prior to Design Week, creating a carpet in the root system that eventually dries and separates from the green grass at its base.