John Oliver got real about his mistakes in publicly shaming Monica Lewinsky. 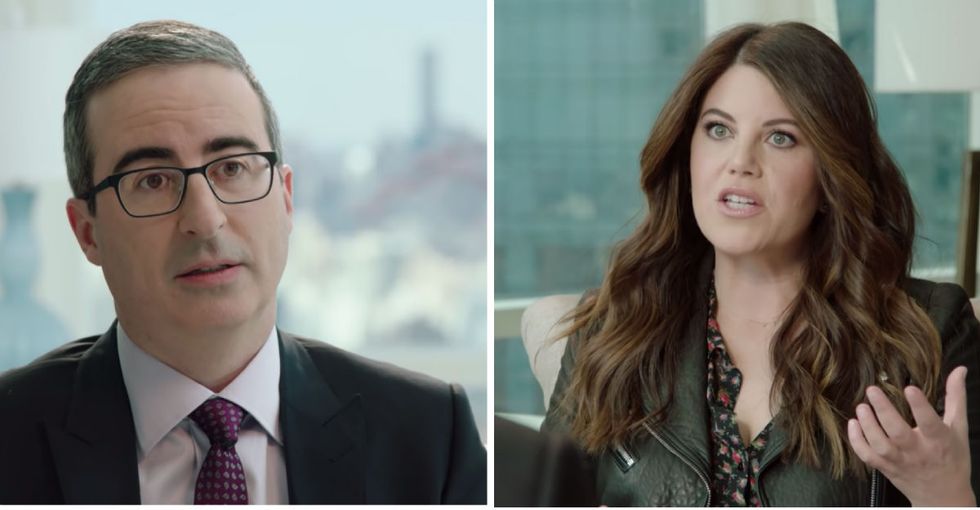 John Oliver interviewed Lewinsky on Last Week Tonight to make an important point about public shaming, because, as Oliver said, sometimes the “punishment” can outweigh the “offense.”

Oliver described Lewinsky as “patient zero of losing a personal reputation on a global scale.” Twenty years later, Lewinsky is still the butt of jokes because of the Bill Clinton sex scandal.

Lewinsky said she experienced an “avalanche of pain and humiliation” because of her affair with Bill Clinton.

“One of the things that happens with these kinds of experiences is that you start to disappear, you start to feel like you don’t matter. And I think that when somebody sees you and just acknowledges your humanity in the smallest way, it really can make a world of a difference,” Lewinksy said. “And you don’t know — it could help save someone’s life.”

Oliver is owning up to the role he played in publicly shaming Lewinsky for her actions, which isn’t always an easy thing to do. Oliver, who was a correspondent on The Daily Show, made jokes about Lewinsky, but now admits he was wrong for doing so. “Look, my hands are not clean here, either,” Oliver said. “I wasn’t in the U.S. at the time, but ten years after the fact, I was in a Daily Show piece marking the tenth anniversary of the scandal above a graphic reading, ‘10 Sucking Years,’ which is gross. It’s gross.”

Oliver noted it’s important to take into account the impact your words might have on another person.

“We make fun of people constantly on this show — it’s a comedy show,” Oliver said. “But for what it’s worth, we do think, probably more carefully than you might imagine, about who we’re making fun of, why we’re doing it and how. We ask ourselves questions all the time, like, ‘Should we use their name?”, ‘How much power do they have?’ and ‘Do they have a soul patch?’ That last one can be a real deal-breaker.”

Oliver also pointed out the difference between public shaming and holding someone accountable. Oliver said that calling someone out can be “well-directed,” for example, “if someone’s caught doing something racist or a powerful person is behaving badly.”

If we’re going to hold people accountable for their actions, we should also hold ourselves accountable for our own. It’s big of Oliver to admit he was wrong to make fun of Lewinsky, and to take it a step further by giving Lewinsky a voice.