The ‘Twilight’ star opens up. 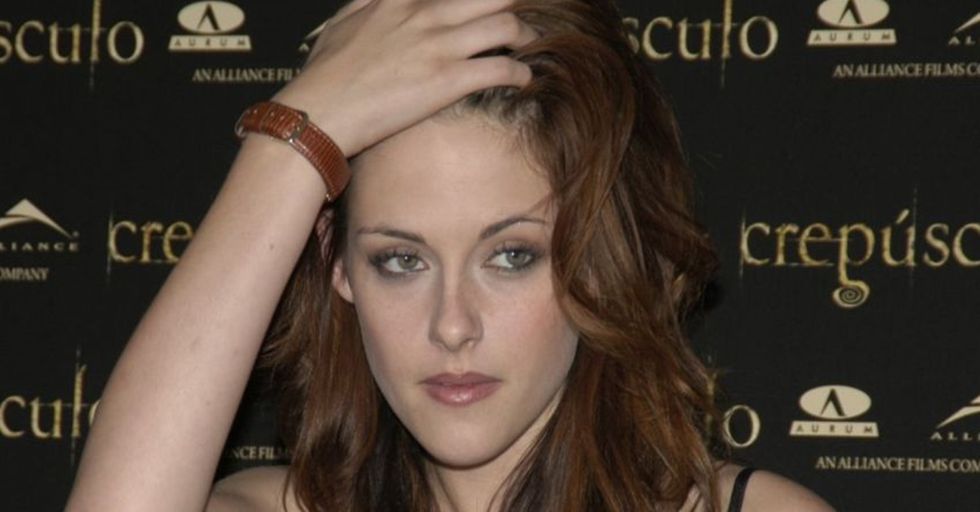 Twilight star, Kristen Stewart, isn’t worrying much about categorizing her sexuality or, at least, she doesn’t appear to be. Recently, the press has been babbling about Stewart’s sexuality after she was photographed being touchy-feely with visual effects producer, Alicia Cargile. A few days ago, her mother outed her saying, “I’ve met Kristen’s new girlfriend and I like her,” and, “I feel like people need to be free to love whoever they want. I accept that my daughter loves men and women.”

In an interview published by NYLON this week, Stewart was asked if she was ready to “make a big pronouncement about her sexuality,” and Stewart replied, “Google me, I’m not hiding.” She then went on to say, “I live in the f**king ambiguity of this life and I love it...I think in three or four years, there are going to be a whole lot more people who don’t think it’s necessary to figure out if you’re gay or straight. It’s like, just do your thing.”

Granted, when you’re an uber-rich, white, beautiful celebrity it’s a lot easier to be free with your sexuality. But could her reluctance to label herself be part of a larger, evolving trend? In a world where celebrities have helped increase acceptance of the LGBT community, Stewart’s openness about her bisexuality is a step in the right direction. But, even if Stewart’s admission doesn’t spark the next sexual revolution, it does show the power that comes with having a very accepting, open-minded mother.