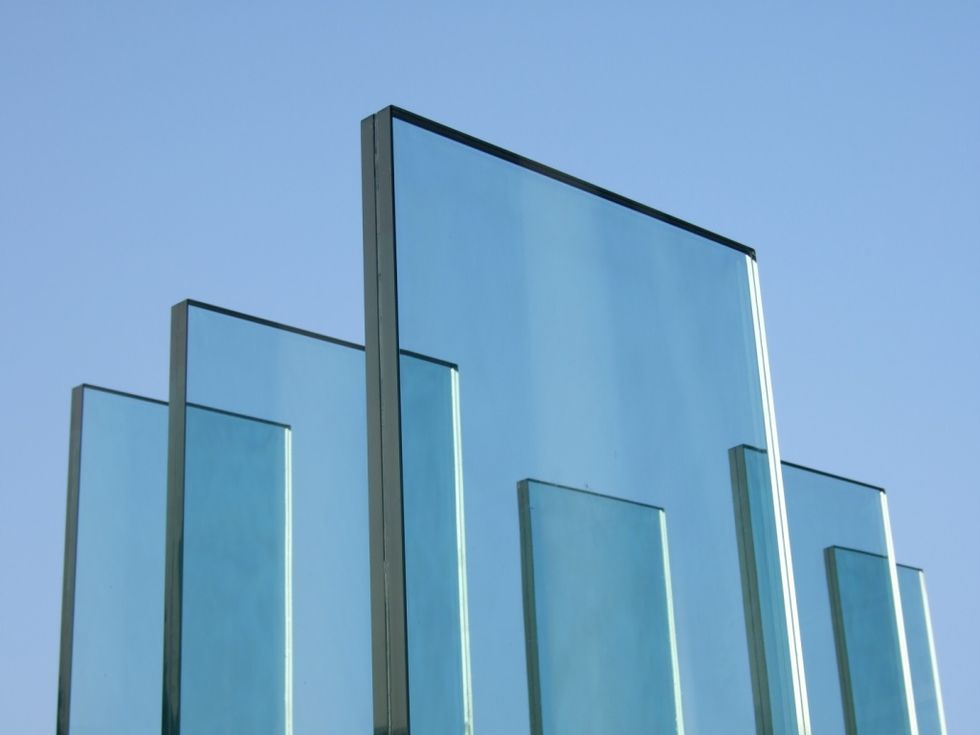 As a young know-it-all, one “factoid” I always loved dropping on my friends and colleagues was the one about glass not being a real solid. Old church windows, the story went, had become thicker on the bottom over time, as the glass, though appearing solid, continued to very, very slowly flow with gravity. I first heard this idea in an art history class, when my teacher, an elderly German woman with a white shock of hair, led me astray, her authoritative, Einsteinian aura beyond question at the time. But she was wrong, and I dutifully repeated the myth over and over to my credulous chums. Sorry, guys. It turns out the variation in the thickness of old windows was due to a quirk of how large panes were made in medieval times, and glass is, in fact, a true solid, although it takes a little time to get all the way there.

During solidification, the molecules in most substances settle into a crystalline structure. But under a microscope, scientists noticed that glass, when cooling from a malleable, heated state, never quite achieves this crystallization, and seems to keep flowing, albeit extremely slowly. For years, this puzzled researchers, and glass was referred to as an “amorphous solid.” While the “glass-never-truly-solidifies” concept has apparently been challenged for decades, a paper just published in Nature Communications journal combined research from the University of Bristol and Kyoto University to finally settle the issue.

Though under a ‘scope, glass appears to keep moving even after it cools and feels solid to the touch, the atoms are actually very slowly arranging themselves into geometric shapes, like icosahedra, increasing the solid regions of the material over time. Dr. Paddy Royall, of University of Bristol's Schools of Physics, Chemistry and Mathematics, told Science Daily: "We found that the size of the solid regions of icosahedra would grow until eventually there would be no more liquid regions and so the glass should be a true solid."

And there you have it. Never take your science lessons from art history class.