‘Dear reader, I married him’ 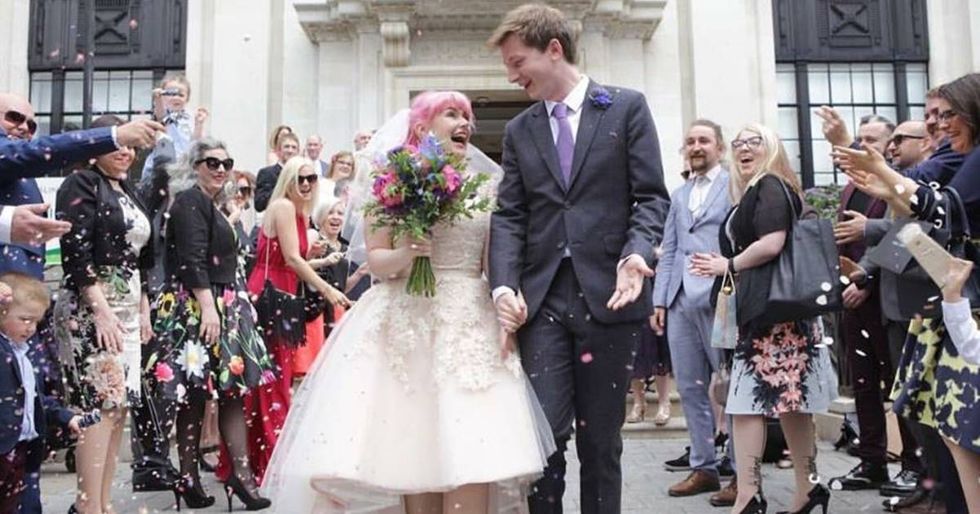 Back in November of 2012, a Twitter user named Victoria professed her love for whoever was writing the tweets for Waterstones, a local book store on Tottenham Court Road in London, England.

well I'm in love with whoever is manning the @WstonesOxfordSt account. Be still my actual beating heart.
— Victoria Oh B (@Victoria Oh B)1353435388.0

After making her feelings known to the anonymous man behind the Twitter account, he failed to respond. So Victoria got up her courage and professed her love again. But this time, her tweet had a typo in it, so she received a response. Literary types can never resist pointing out a typographical error.

@JillMansell @jeremyduns dared to get a date with the 'Oxford St guy' and two months later it worked! Three years + one book later; married!
— Victoria Oh B (@Victoria Oh B)1468789133.0

After a few months, Victoria and Jonathan, the guy behind the Waterstones’ Twitter account, finally got together on a blind date. Now, after three years of being exclusive, the couple tied the knot. It’s fair to assume a You’ve Got Mail-style romantic comedy about Victoria and Jonathan is right around the corner.