Designer Zac Posen and Google’s “Made With Code” initiative partner up at NYFW to get girls interested in computer science. 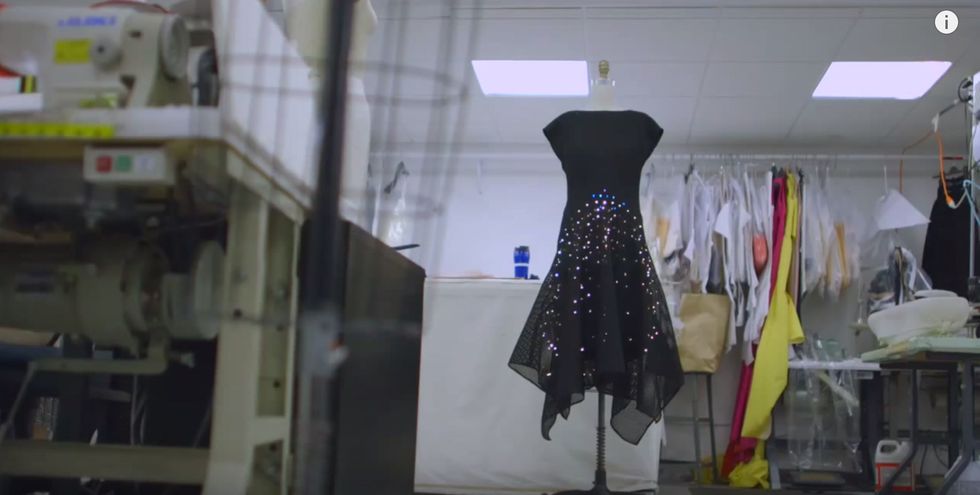 When model Coco Rocha hit the runway at designer Zac Posen’s New York Fashion Week showcase earlier this week, all eyes were on LED-imbedded dress she wore, which pulsated and twinkled with a shifting array of patterns and colors that played across its surface. But while Rocha may have been the one giving the garment movement, it was a team of teenage girls, responsible for coding the dazzling sequence of LED designs, who ultimately brought the dress to life.

Created through a partnership between Posen and Google’s “Made With Code” initiative, the LED-animated dress not only wowed spectators with its melding of high tech and high fashion, but is intended to call attention to the importance of programming knowledge for a generation of girls disproportionately underrepresented in the field of computer science.

To create the dress’ dynamic LED patterns, girls from New York organizations like Flatiron School, Black Girls Code and the Lower East Side Girls Club all worked to code their own unique animated designs, having been given a single day to tackle the project, but without being told exactly what their work was going to be used for, reports New York Magazine. Only later did they learn that Maddy Maxey, a fashion engineer and Made With Code mentor, had used the girls’ coded sequences for the Posen showcase.

The Daily Dot reports that fifty of the girls helped give the dress its unique luminescence were in attendance as Posen and Rocha unveiled the design to the public during his fashion week event.

Launched by Google to encourage girls to get excited about computer science–a field in which they claim less than one percent of women study–Made With Code offers a series of online programs and gameified tutorials which highlight the basics of programming, and showcase the many practical applications of computer science skills. Visitors to the Made With Code site can experiment with the same LED-programming code the budding computer scientists used to create Posen’s animated dress, as well as try their hand at various music and animation exercises.

Speaking with New York Magazine, Jenny Zeng, one of the girls who participated in the project, exclaimed: “People think coding sounds so hard. I kind of did too. But I found that coding is not that hard! It’s just like math or English, you just have to learn it”

[via the daily dot, cover image via youtube screen capture]