In A Moment Of Clarity While Brushing His Teeth, A Retiree Solves A Decades-Old Math Problem

You don’t have to understand the math to enjoy this story. 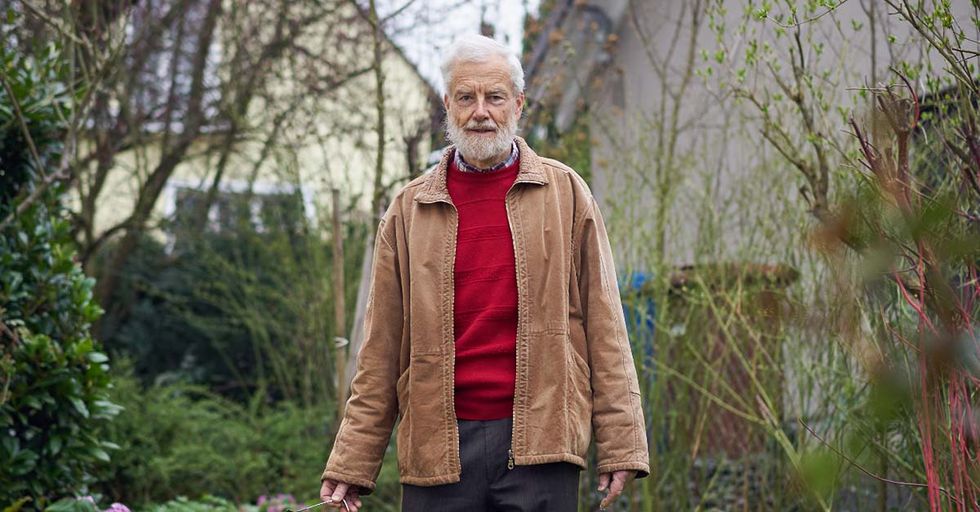 We’ve all been privy to flashes of brilliance. Sometimes we capitalize on them, sometimes they slip right through our fingers. But if you’re looking for a reason why you really should get around to putting that notepad on your nightstand, the case of Mr. Thomas Royen should convince you it’s worth the trouble.

The 67-year-old retired German statistician was brushing his teeth one day back in 2014 when, suddenly, inspiration struck, and he immediately found himself capable of proving something called the Gaussian Correlation Inequality, which had eluded mathematicians since its proposal in the 1950s.

(All this happened in 2014, but, as you might imagine, news of this nature spreads slowly, so … here we are, reporting it now.)

The Gaussian Correlation Inequality is a very easy concept to imagine and understand, but it has been notoriously hard for mathematicians to prove.

Well, it’s simple for the mathematically inclined to understand, anyway. Let’s lay it out as best we can, first using a graph taken from Quanta Magazine, which published Royen’s proof:

If that doesn’t do the trick, perhaps the explanation of the principle from IFL Science will do the trick:

Imagine you are throwing darts at a target made up of any two convex symmetrical shapes that are centered on the same point. More simply put, a target made up a rectangle with a circular cut-out laid over the top of it. The number of darts that hit the circle, rectangle, or both will appear in a normal bell-curve distribution, known as a Gaussian position, with the majority of the darts hitting in the overlapping section.

If you’re (understandably) still struggling with the concept, let’s put it aside to focus more on the discovery, shall we?

When inspiration struck Royen mid teeth brushing, he ran to his computer and typed out his explanation in a Microsoft Word document. He then shipped off the document to both an online journal, ARXIV, and to some peers who he thought would be interested in this development.

He titled the paper “A simple proof of the Gaussian correlation conjecture,” which, if you scan the document, you’ll realize is “simple” in a way laypeople could never dream of.

It wasn’t for lack of trying that mathematicians had been unable to prove the CGI. Says Penn State statistician Donald Richards to Quanta Magazine, “I know of people who worked on it for 40 years. I myself worked on it for 30 years.”

One reason this important development has been off the radar for the past three years is that Royen, enjoying the retired life, has opted to forego the arduous and formal peer-review system that would have likely led to official publication and acclaim.

He does, however, hope that stumbling upon this revelation “might encourage young students to use their own creativity to find new mathematical theorems.”

Or, you know, just brush your teeth until something amazing happens.