Evidence Of A Widespread ‘Manterruption’ Epidemic 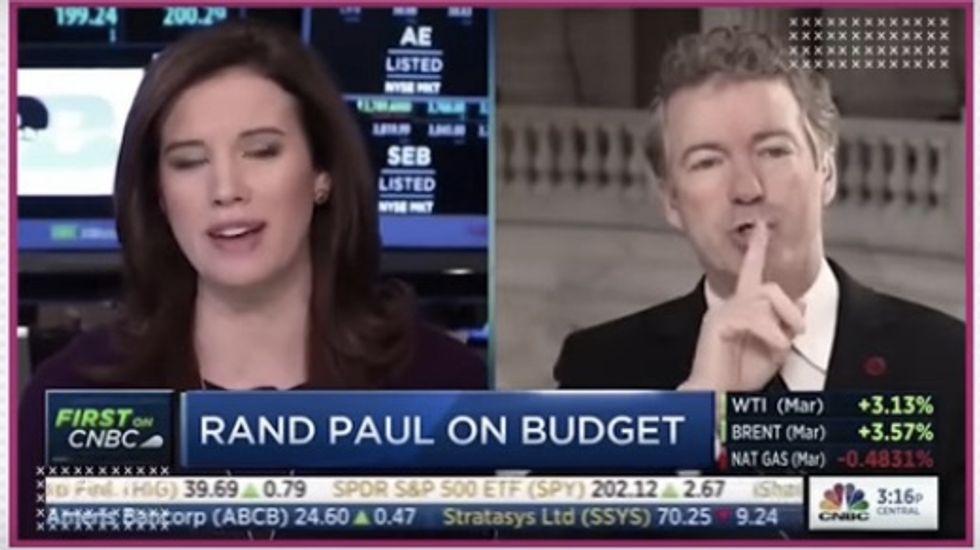 Hey! Hey! Shhhh. Did you hear that? That’s the sound of a man interrupting a woman with his “outside” voice, dismissive smirk, and finger wag. Other times he bursts in like the “Interrupting Cow” of that knock knock joke. No matter how it happens, there’s a phenomenon centuries-long routine of men interjecting over their female counterparts at work, at home, and—as you’ll see in this video here—on television, during a presidential debate, and while receiving a freaking award as one of the top selling pop artists of all time. (Et tu, James Corden?)

If men feel brazenly confident busting in with Big Important Man Thoughts with Hillary Clinton, Adele, and a CNBC reporter during live broadcast, imagine the average woman in a meeting eager to make a point—then shut down by That Guy.

The problem is, much like drivers picking their nose in traffic, or somebody yawning after another person yawns, it appears these poor men don’t even know they’re doing it. Blame a culture where boys are entitled to talk when they please and girls are discouraged from—and potentially punished for—speaking up. A pattern that starts when we’re kids in school and continues when we’re adults in the conference room.

To prove to the world that this is actually a thing, we can’t just take millions of women and Sheryl Sandberg’s word for it, of course—ladies need cold, hard evidence.

Enter the Woman Interrupt app, a stealthy bit of tech that allows you to record a conversation like you’re Gene Hackman in The Conversation but with your smart phone. The app, which launched March 7, then analyzes the audio, and notes the number of times someone butts in while a woman is speaking, and spits out that enlightening information in a handy little chart (Privacy note: the audio is recorded but not stored by the company.)

Could that Buttinsky potentially be another woman? Possibly. But it’s more likely that a man will chime in unnannounced. Because it turns out, if we’re just talking statistics here, men interrupt women nearly 25 percent more than they do other men.

But it’s more than just rudeness and sexist cluelessness. Tamping what a woman has to say is a micro-violation of her right to free speech. And a huge loss for the culture. So, you know, Imma let you finish reading, but for more on how to download the app, go here. Also, check out the app comments—which reveal exactly why this app is needed.