Marissa Alexander is No Longer in Prison, But is That Enough?

The woman who fired a warning shot at her husband when he threatened her life and that of her baby was released on house arrest this week. 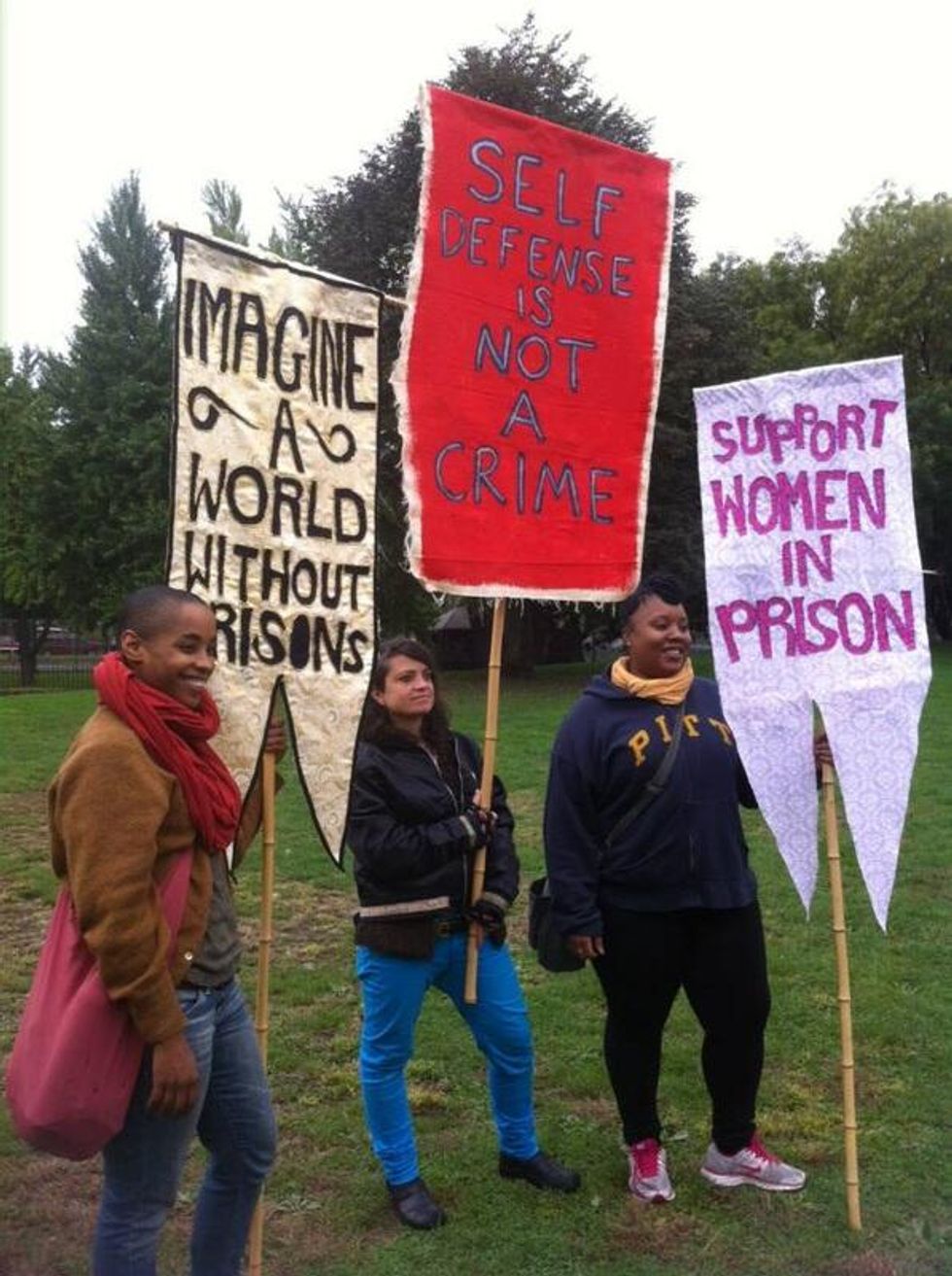 Marissa Alexander may no longer be in prison, but that doesn’t mean that justice has been served. Alexander, a domestic abuse survivor and mother of three, served three years in Florida prison and one year of house arrest following an incident in 2010 when she was arrested for firing a warning shot into a wall when her abusive estranged husband threatened her life and the life of her newborn baby. Nobody was injured. After her release from prison on Tuesday, Alexander has been moved back into to house arrest and -here’s the kicker- has to foot the $105/week bill for her ankle bracelet.

Many things were against Alexander from the start. For one, State Attorney Angela Corey went after her to the full extent of the law. When Alexander and her team attempted to use the notorious “Stand Your Ground” law to her defense, they were denied. In May of 2012, Florida minimum sentencing laws made it so that Alexander was sentenced to 20 years in prison when she was found guilty of three counts of assault with a deadly weapon. In November of 2013, Alexander was released on a $200,000 bond and placed under house arrest to await her re-trial. Not two months later, Corey filed and was denied a motion to revoke Alexander’s release. In March of 2014 the Florida Times-Union reported that Corey was going to try and hit Alexander with a 60 year sentence at her scheduled retrial. In the summer of 2014, despite the fact that the “Stand Your Ground Law” was changed to include warning shots, Alexander was denied a new “Stand Your Ground” hearing. All of this, in the state that let George Zimmerman walk free.

Finally, in November of 2014, Alexander strucka plea deal with the state of Florida, including time served, an additional 65 days in Duval County Jail, and two years of probation under house arrest with an ankle bracelet. When she was released on Tuesday, the State Attorney's office took the opportunity to try and tack on two additional years of probtion to the plea agreement. It was denied.

After Tuesday’s ruling, Alexander had this to say:

"I look forward to the full-time challenge of getting my two teenagers through high school and into college, as well [as] preparing my 4-year-old daughter for nursery school. My goal is to continue my education beyond my master’s degree and to continue my professional career. Also, I will continue to learn lessons from the events of the past, but I will not live in the past. At the age of 34, life is too short and there’s too much I have to accomplish in the years ahead. It’s my hope and prayer that everyone associated with this case will be able to move on with their lives."

Let’s hope that the legions of activists inspired by Alexander’s fight makes sure that the direction everyone moves in is away from institutionalized racism and victim blaming and toward some sort of cohesive legal reform.