McDonald’s says it will stop lobbying against raising the minimum wage.

This is a game changer. 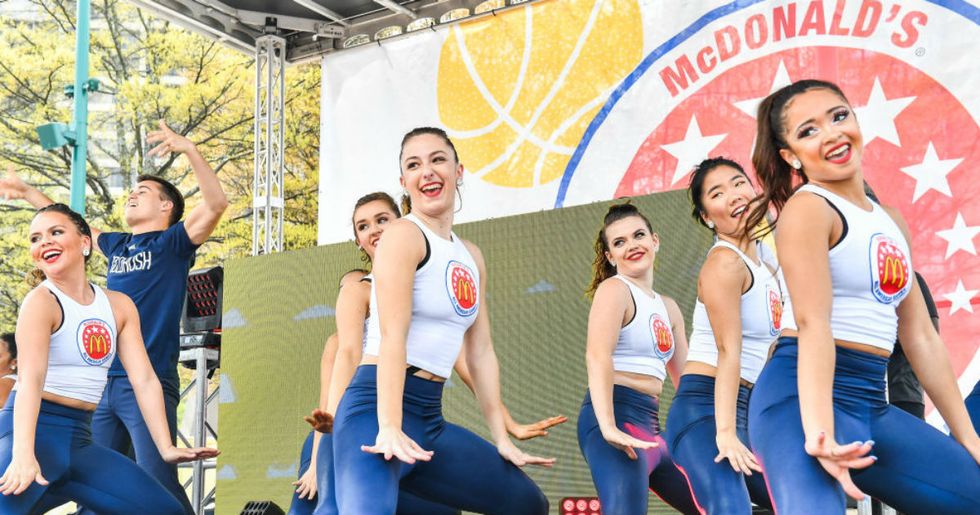 Who wants to eat at McDonald’s? If you answered “yes” you can feel a whole lot less awkward if you’re in the company of those who care about earning a living wage. That’s because the world’s biggest best known and most beloved fast food giant just announced they will no longer join efforts to block legislation that raises the minimum wage.

In a meeting with the National Restaurant Association, McDonald’s announced the decision to no longer lobby against raising wages applies to the local, state and federal levels.

That alone could be an industry-wide game changer for politicians trying to pass legislation that would raise the minimum amount an employee must offer full and part-time employees. Service industry jobs like those at McDonald’s have become a dominant force in labor and the back-and-forth battles over raising the minimum wage have resulted in stagnating wages that have not kept pace with generational inflation. In other words, millions of Americans have been earning less, often while doing more work and being more efficient at it than the people who came before them.

"We believe increases should be phased in and that all industries should be treated the same way," McDonald's Vice President of Government Relations Genna Gent said in a letter to the National Restaurant Association. "The conversation about wages is an important one; it’s one we wish to advance, not impede."

Some McDonald’s locations have faced protests in recent years over their wages, including one franchise in Chicago.

In their exclusive story, Politico notes that the move from McDonald’s comes after the U.S. Chamber of Commerce also signaled they are open to supporting marginal increases in the federal minimum wage of $7.25, which hasn’t moved a cent in over a decade. The Chamber of Commerce and National Restaurant Association have long opposed mandatory wage increases, saying they are detrimental to growth, particularly for small businesses.

Democrats in the U.S. House have been working on a bill to raise the federal minimum wage to $15, a cause that was thrust into the national spotlight in 2016 during the Democratic presidential primary between Bernie Sanders and Hillary Clinton. Clinton opposed the idea, even as she supported more incremental increases. But like so many ideas that were championed by Sanders in his losing effort, they have now quickly become mainstream policy ideas in Democratic Party circles.

This is a victory for thousands of workers who have stood up to massive corporations and organized for years. We wi… https://t.co/jRlLbJM9ge
— Bernie Sanders (@Bernie Sanders) 1553702164.0

“By sticking together and taking action on the job, courageous workers in the Fight for $15 and a Union have forced McDonald’s — the second-biggest employer in the world — to drop its relentless opposition to higher pay," SEIU President Mary Kay Henry said in a statement. "Now McDonald’s needs to use its profits and power to give thousands of cooks and cashiers across the country a real shot at the middle class by raising pay to $15 an hour and respecting its workers’ right to a union," she said.