Three cheers to Meghan Markle for sitting out of the Royal Family's meeting with Trump. 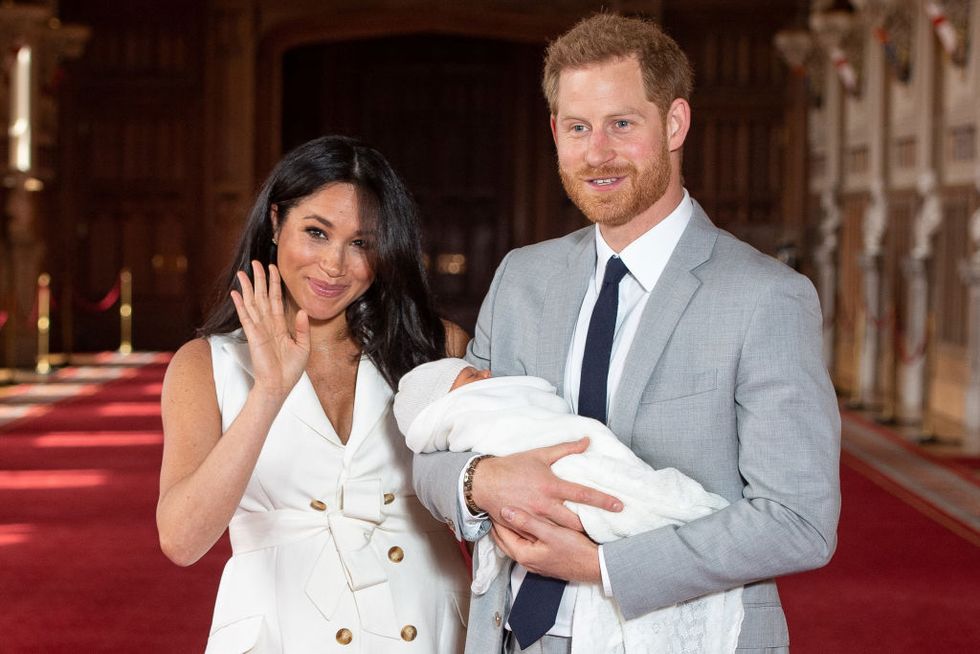 The Royal family (with the notable exception of Meghan Markle) will meet with President Donald Trump and Melania when the Trumps visit England on June 3rd. Queen Elizabeth, Prince Charles, Duchess Camila, Prince William, Kate Middleton, and even Markle’s husband Prince Harry are all scheduled to shake hands with the sitting U.S. President. But oddly enough, the American in the family will be the only person who won’t be sitting down with President Trump.

It’s possible that Markle will be missing from the meetings because she gave birth to her son, Archie, a few weeks ago and is still on maternity leave. Markle hasn’t made a statement about why she won’t be there, but she has made her dislike for the Donald very clear in the past.

Now that Markle’s a royal, she has to follow rules that prevent her from voicing her opinion on political and controversial topics, but that wasn’t always the case. During the 2016 presidential campaign, Markle wasn’t married into the royal family, nor was she public with her relationship with Prince Harry. Markle called Trump “divisive” and “misogynistic.” Markle also joked that if Trump was elected, she would move to Canada where Suits was filmed. In a way, she kind of followed through with the idea of leaving America?

"Yes, of course, Trump is divisive, think about female voters alone, right? I think it was in 2012 the Republican Party lost the female vote by 12 points; that is a huge number and with as misogynistic as Trump is, and so vocal about it, that is a huge chunk of it,” Markle said in an interview on The Nightly Show with Larry Wilmore.

Markle is famously a feminist and also supported Hillary Clinton in the 2016 election. "You're not just voting for a woman, if it's Hillary because she's a woman," Markle said. "But certainly because Trump has made it easy to see that you don't really want that kind of world that he’s painting.”

Markle also posted photos supporting Clinton during the Democratic National Convention and encouraged people to vote on her Instagram account, which she had to delete after marrying into the Royal Family. Again, royal rules are to blame for the removal of her social media.

Prince Harry is scheduled to have a private lunch with President Trump. We have no idea what they’ll talk about, but if his wife’s comments come up things might get awk-ward AF.