Michelle Obama is a surprise textbook example of how women thrive and grow through adulthood.

“You find yourself by giving yourself away.” 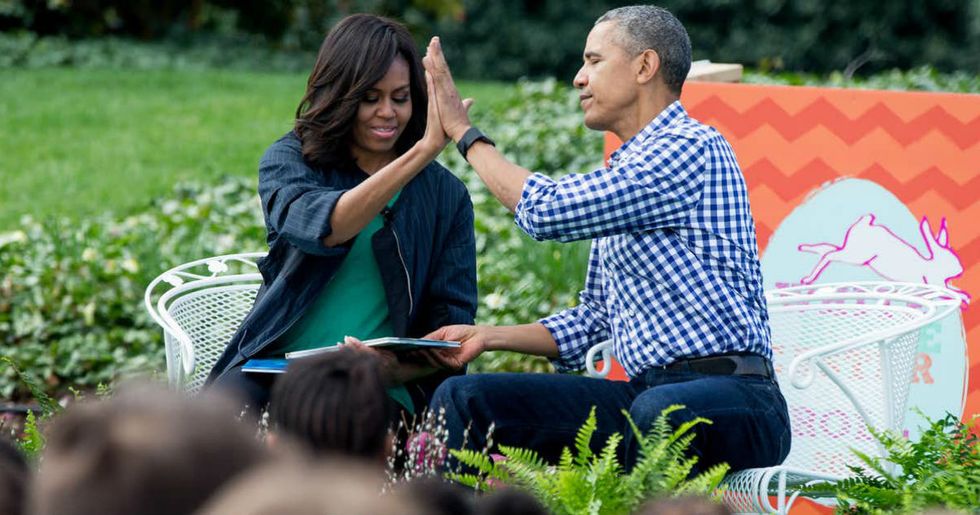 Michelle Obama’s “Becoming” can be read in many ways: as a political memoir, as a story of being black and aspiring in America or as a Cinderella story that transports an ambitious black girl from a 900-square-foot apartment to a home with “132 rooms, 35 bathrooms and 28 fireplaces spread out over six floors, and a staff of ushers, florists, housekeepers, butlers and attendants for her every need.”

As a psychologist who tries to better understand the course of women’s growth throughout adulthood, I was surprised to see that it can also be read as an illustration of how women ideally evolve. For decades, psychologists have relied on psychologist Erik Erikson’s theoretical model of the stages of life, a model based on how men develop that largely overlooks women.

I’ve spent 45 years studying women’s lives to remedy this gap, most recently publishing “Paths to Fulfillment: Women’s Search for Meaning and Identity.” I followed 26 randomly chosen college-educated women from ages 21 to 58. They came from large cities, small towns and rural areas. Some were the first of their families to go to college, and many struggled with early poverty and abuse. All married at some point in their lives, and just over half of them had children. Most cultivated some kind of profession; others simply “worked.” In analyzing their lives, I offer a way of thinking about women’s life journeys that depicts the stages of adulthood for those who surmount the challenges they encounter.

We’re finally here! I hope that this book might help each of you embrace the beauty of who you are, and I wish you… https://t.co/kTdQyrT0pX
— Michelle Obama (@Michelle Obama) 1542137183.0

Michelle Robinson Obama, despite living an extraordinary life, exemplifies the optimal path of development I found among my “ordinary” women. In contrast to Erikson’s male life stages, I learned that relationships to others are central for women’s development in adulthood. Candid about her inner life, Michelle titles her life chapters “Becoming Me,” “Becoming Us” and “Becoming More,” which map perfectly with the psychological stages of identity, intimacy and care – the eras I identified in women’s lives. In that sense, Michelle Obama represents “Everywoman.”

‘Becoming Me’ – the challenge of identity\n

Like the women I followed, Michelle found her fulfillment in ways very different from what she had expected. As a young girl, she had modest aspirations: a family, a dog and “a house that had stairs in it – two floors for one family.”

Optimal identity formation involves exploring possibilities, reworking the goals of childhood and forging one’s own path. Michelle Robinson set her sights on becoming a successful lawyer, emulating the people she had observed in downtown Chicago, “in smart outfits” and moving with purpose. Dogged through her adolescence and early adulthood by the question “Am I good enough?,” becoming a Harvard-degreed corporate lawyer showed her that she was.

Her identity crisis came when she recognized she didn’t really want the life she’d achieved. She felt empty practicing law. Taking a big occupational risk, she found that working in public service or for nonprofit organizations felt like doing something for a larger good. Identity – “becoming me” – came from achieving her goals and then taking on what she expressed as the “universal challenge of squaring who you are with where you come from and where you want to go.”

Like Michelle Obama, women in my study often realized, in their 30s, that their initial choices were not what fit them. Generationally, they were among the first to penetrate meaningfully into the work world where opportunities for self-realization were opening. They could become judges or take on management roles. They could leave social work and become teachers for more family-friendly hours. They could, like Michelle, think seriously about what suited them and change course. They could create their own identity.

Part of moving toward fulfillment was finding a true partner. AP Photo/Andrew Harnik

The quest for intimacy, which became central in their 20s, led many women in my study to modify their own occupational goals in light of their partners’.

Like many of them, Michelle chose her mate after a period of developing friendship rather than initial passion. Once married, she then had the challenge of aligning her goals with his – which were far from her dream of recreating the close, warm family she’d grown up in. Michelle disdained politics and resented Barack’s time away from the family. She refused to uproot her children and move to Washington when he was a senator. Out of love, she supported Barack’s presidential run, but didn’t think he would win and, in some ways, hoped he wouldn’t. Intimacy was leading her on a path she would never have chosen.

Many of the women in my study followed similar trajectories although, of course, on a smaller scale. One woman, Betty, had to readjust her goals as a physical therapist when her husband made a fortune in real estate and, in their 30s, wanted to retire and spend their time traveling. Maria, a nurse from a traditional Italian American family, had to become the family breadwinner when her husband was physically disabled. Like Michelle, each had to rework her identity to accommodate the unforeseen circumstances of her spouse.

Adulthood is about what psychologists call generativity: investing in projects of care. Once situated in the White House, which she partly regarded as a prison, Michelle sought to focus her energies and use her influence for a larger good.

Michelle never internalized the media’s representation of her as a celebrity “rock star.” Instead, her generative need to promote well-being in children through nutrition and exercise were what motivated her - and she used her fame and special status for these ends. She was passionate about being a role model for girls, and she still tried to create a close family. She writes that one of the best things about her husband being president was that their home was above his office and he could be present for dinner most nights – helping ensure as normal a family life for their daughters as possible.

“Becoming more” – or finding a way to care for others – was central in the lives of the most fulfilled woman I have studied. When these women reflect on the meaning of their lives at age 58, teachers describe students who returned to thank them for things they said that changed their lives. A doctor remembers working as a volunteer with AIDS patients. A judge recounts letters she received from claimants who were helped by her decision. A mother spoke of how well her autistic child had done with her efforts to find him support. Those whose lives had the most meaning were those who felt they’d had impact on the lives of others.

Not all of the women I have studied felt fulfilled by age 58. Some were still trying to master the identity task, having drifted through life. Others never found the intimacy that could anchor their care.

But those who felt their lives most meaningful at age 58 followed the path that Michelle Obama details. They created themselves, shared this self deeply with another person and found that they could “become more” by offering themselves to promote others’ well-being. Of course, this can happen outside the traditional mold of marriage and children – many of the most profound and fulfilling connections my women reported came through their work or other relationships.

Like Michelle Obama, thriving midlife women create themselves in a network of interconnection with other people. They are contributing in some important way to the lives of others. They don’t talk a lot about making money or climbing ladders. That’s not where their ambition is.

As one of the women I’ve studied put it, “You find yourself by giving yourself away.” For women, and perhaps for men as well, mature identity, intimacy and care develop in the context of relationship, something that psychology is just beginning to understand.

Ruthellen Johnson is a professor of psychology at Fielding Graduate University

This story originally appeared on The Conversation and is printed here with permission.