”At that moment all innocence of what I thought my three-year-old possessed was gone.” 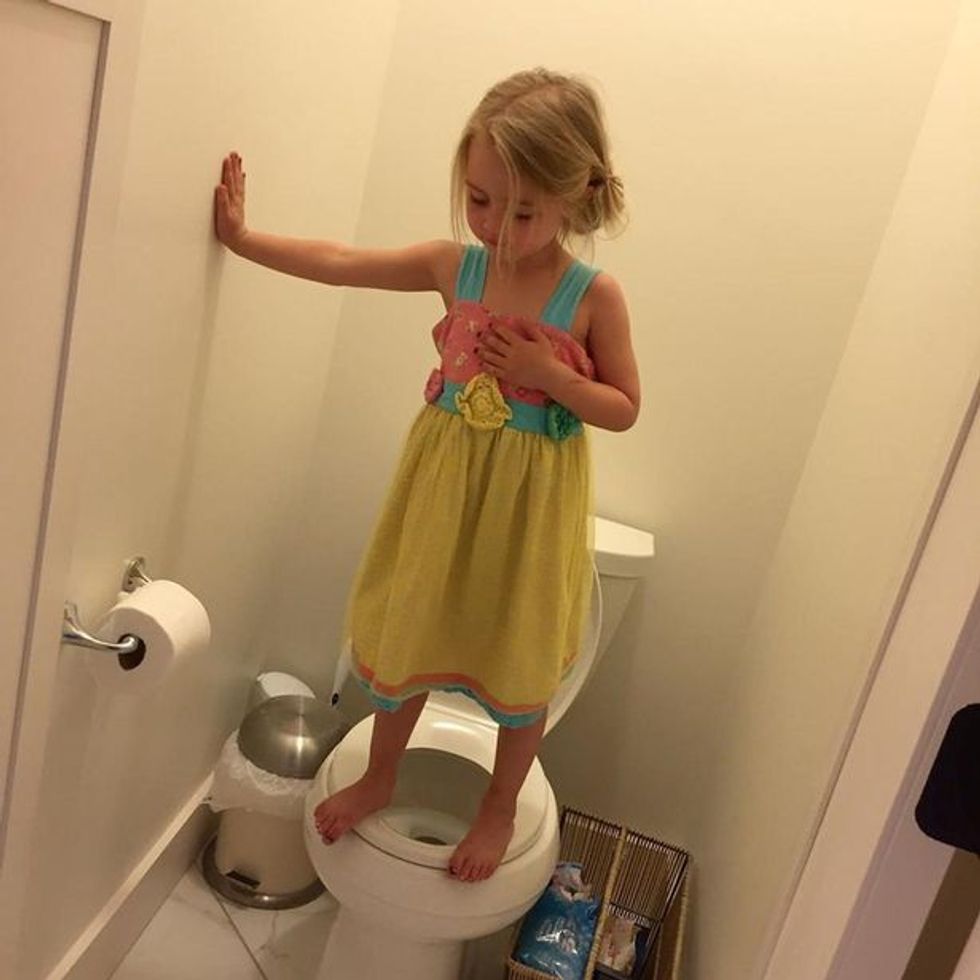 A picture may be worth a thousand words but sometimes there's another story behind a deceptively simple and “cute" image. That was the case for Stacey Wehrman Feeley, who snapped a seemingly adorable picture of her young daughter standing atop a toilet in their home's bathroom.

“However, The moment she told me what she was doing I broke down," wrote in a Facebook post that has quickly gone viral. “She was practicing for a lockdown drill at her preschool and what you should do if you are stuck in a bathroom. At that moment all innocence of what I thought my three-year-old possessed was gone."

In the wake of horrific mass shootings like the one in Orlando in 2016 (when this photo was taken), Feeley's 3-year-old daughter was acting out a safety drill she had recently been taught in case there was an active shooter in a building where she was trapped. The post has been shared more than 20,000 times in less than one week.

"In the schools, they are very good about telling them that this is a drill for if someone that is not supposed to be in the building is in there," she said in an interview with ABC News. "They do not even bring up guns whatsoever, but the older kids understand."

“I am not pretending to have all the answers or even a shred of them," she wrote on Facebook. “But unless you want your children standing on top of a toilet, we need to do something!"