Michael Moore Just Issued His Scariest Warning About Trump Yet

Moore is not amused by Trump’s nonchalant attitude. 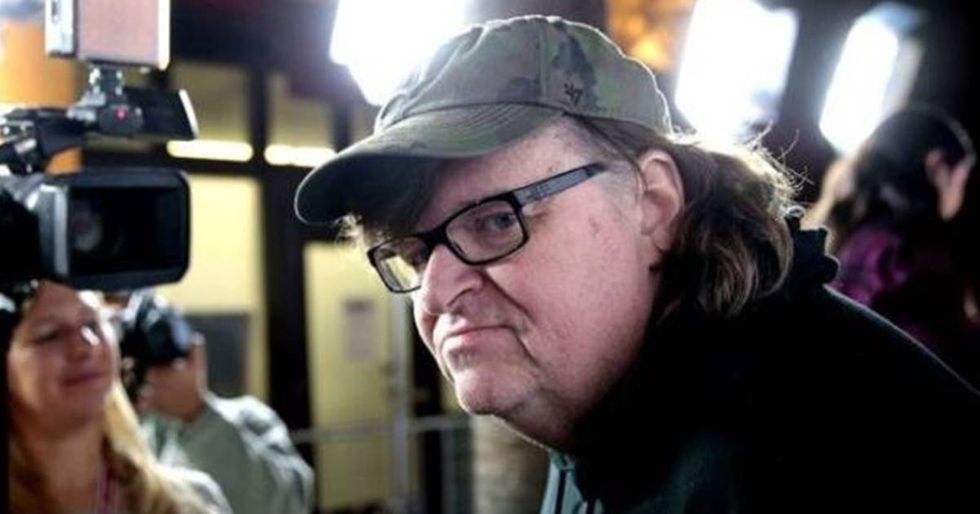 Back in July, when Democratic presidential nominee Hillary Clinton had a substantial lead in the polls over Donald Trump, filmmaker Michael Moore issued a warning that most liberals scoffed at. He wrote a blog post entitled “5 Reasons Why Trump Will Win.” We all know what happened next. Now, Moore is sounding the Trump alarm again and this time the consequences are much more dire.

On Wednesday, Moore posted a warning to his followers on Facebook entitled “Donald Trump is Going to Get Us All Killed.” In the post, Moore outlines the potential threats posed by Trump’s lackadaisical attitude towards national security briefings. On Fox News Sunday, Trump told Chris Wallace why he has only been given the daily intelligence briefing a handful of times since winning the presidency in November. “You know, I’m, like, a smart person. I don’t have to be told the same thing in the same words every single day for the next eight years. Could be eight years — but eight years. I don’t need that,” Trump said. “But I do say, ‘If something should change, let us know.’ ”

Moore believes that Trump’s nonchalant attitude in an era of terror puts every American in harm’s way.

“Most would agree the #1 job of the leader of any country is to keep its people safe. There is no more important meeting every day for the President than the one where he learns what the day’s potential threats are to the country. That Trump would find it too cumbersome or too annoying to have to sit through 20 minutes of listening to his top intelligence people tell him who’s trying to kill us today, simply boggles the mind.”

With the Commander-in-Chief is asleep at the wheel, Moore believes terrorists will take advantage, and the consequences will be far-reaching.

“So, my fellow Americans, when the next terrorist attack happens -- and it will happen, we all know that -- and after the tragedy is over, amidst the death and destruction that might have been prevented, you will see Donald Trump acting quickly to blame everyone but himself. He will suspend constitutional rights. He will round up anyone he deems a threat. He will declare war, and his Republican Congress will back him.”

“We had a president like him before. He, too, lost the popular vote, a majority of Americans saying they didn’t want him in the Oval Office...On August 6, 2001, he was on a month-long vacation at his ranch in Texas. That morning, the White House Counsel handed him his daily national security briefing. He glanced at it, set it aside and then went fishing for the rest of the day...The headline on the security briefing reads: BIN LADEN DETERMINED TO STRIKE INSIDE U.S. On the top page it tells how bin Laden will do this: with planes. George W. Bush didn’t leave the ranch to go back to work for the next four weeks. In the fifth week, bin Laden attacked the US with planes on September 11th.”