Finally mankind will achieve its longtime goal of turning our moon into a giant race track. 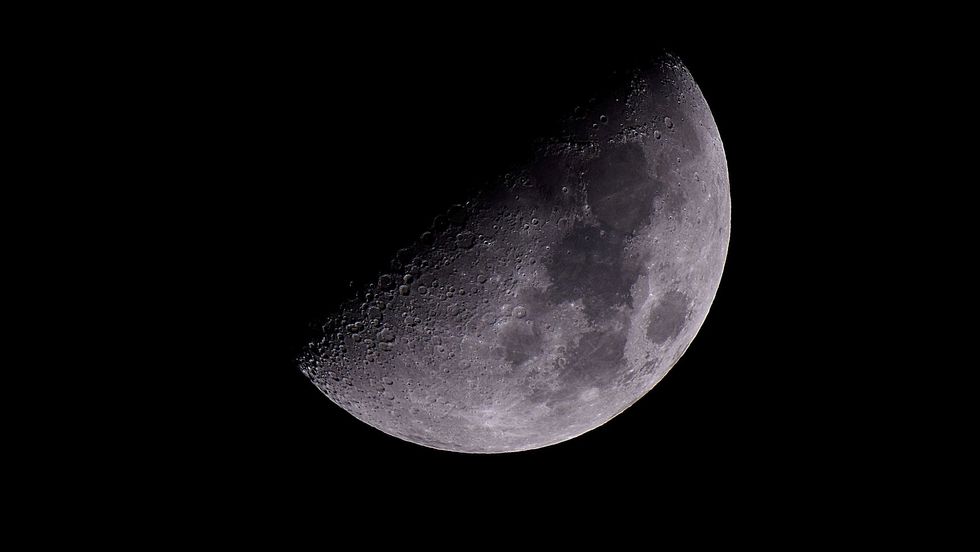 “What the hell,” goes the classic Seinfeld joke, “were they doing with a car on the goddamned moon? You’re on the moon, already! Isn’t that far enough?”

Now, decades after Apollo 15 first plopped a space-age dune buggy onto their Hadley Apennine landing site, plans are in motion for a 2016 race that’s being called “NASCAR on the Moon.” But, lest you start picturing a lunar surface covered in engine-revving Ricky Bobbys, it’s worth pointing out that this moon race will actually be taking place with unmanned robots and will cover a distance of just five hundred meters.

Okay, so it’s not quite Days Of Thunder.

In a release out this week, it was announced that two groups participating in the Google-sponsored Lunar XPRIZE competition will join forces in an effort to land their respective rovers on the surface of the Moon; The American Astrobotic and Japanese Hakuto teams have agreed to share space on a Astrobotic’s planned SpaceX Falcon 9 rocket launch, expected to blast off from Cape Canaveral, Fla. sometime in late 2016. That, however, is where their cooperation seems to end. Once their ride lands safely on the Moon, unmanned vehicles from both teams will roll out, and book it across the lunar landscape in a mad scramble to complete the competition’s requisite milestones first.

In order to win the competition’s $30 Million prize, a private team (one with less than 10% government funding) must:

Per Google Lunar XPRIZE director of technical operations, Andrew Barton, cooperation between competitors is actually very much in keeping with the spirit of the challenge:

"We are delighted that two of our teams have engaged in this partnership for their Google Lunar XPRIZE missions. Stimulating new business ecosystems is one of the core goals of any XPRIZE competition, and this joint venture is an excellent example of how humanity's commercial and economic interests will expand into space in the coming years. This announcement builds on the progress seen during the recent Google Lunar XPRIZE Milestone Prize awards [Which both Astrobotic and Hakuto have won] and we look forward to the teams furthering this momentum with the news of a confirmed launch contract.”

As Astrobotic’s CEO describes it:

“We envision a ‘NASCAR on the Moon’ scenario, where competing teams land together, and countries can cheer on their team to the finish line. HAKUTO is the first team signed to fulfill our dream of the first race beyond Earth’s orbit.”

With “NASCAR on the Moon” almost within our reach, can lunar tailgating be far behind?