This woman bought 204 pairs of shoes and donated them to Nebraska flood victims.

“This is just part of being a human being.” 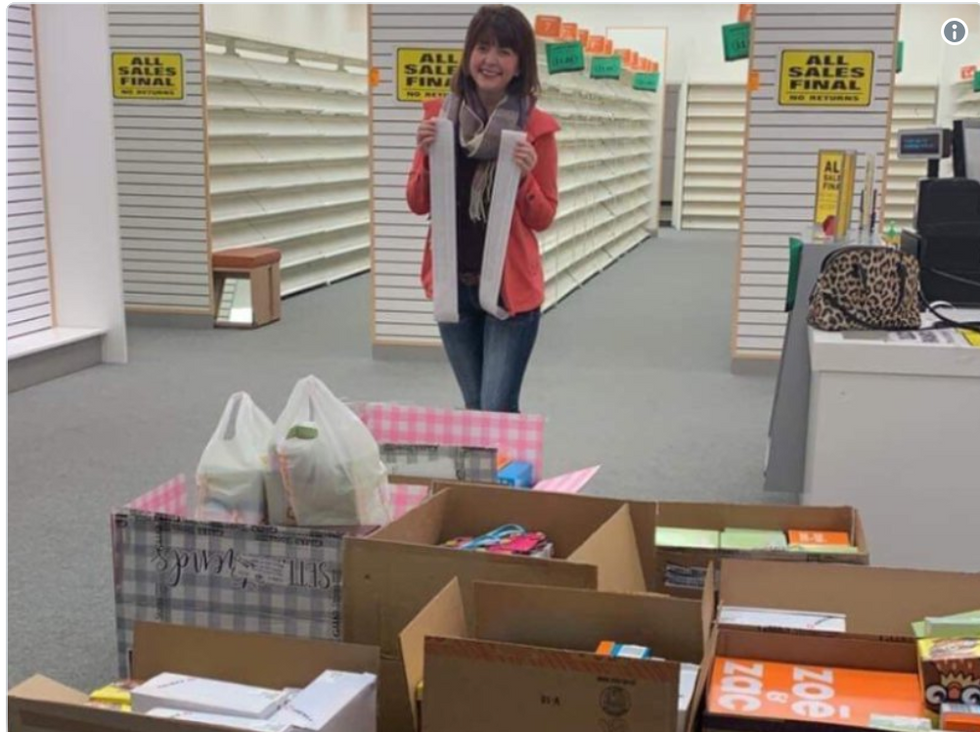 This article originally appeared on Global Citizen. You can read the original version here.

Addy Tritt just showed how donating to a good cause doesn’t have to cost a fortune.

When Tritt, a 25-year-old woman from Hays, Kansas, noticed a closing sale at her local Payless shoe store, she saw it as an opportunity to give back to a community in need, according to CNN. After heavy negotiating, she convinced the store to let her purchase the shoes at a price she could afford.

The graduate teaching assistant bought 204 pairs for $100, and on Monday, the shoes (the majority of which were baby shoes), were donated to Nebraska flood victims.

"I've done huge donations in the past and this is the biggest I've ever done," Tritt told CNN. "I have this need to help people and if I can help, I'm going to do it."

Tritt didn’t think about who she’d donate the shoes to until after she left Payless. She landed on Nebraska because it was one of several areas in the Midwest hit by the “bomb cyclone” in March. More than 2,000 homes were damaged by record flooding, and at least three people died.

At first, Tritt posted on Facebook, asking for help transporting the shoes to Nebraska. One woman offered to pick up some of the shoes and deliver them, but Tritt ended up donating the rest to her alma mater, Fort Hays State University. The school’s Sigma Alpha agricultural sorority chapter was in the process of gathering supplies for those affected by the Nebraska floods.

“These families will have to build from the ground up so just being able to give them anything is a huge gift in itself,” Bennigsdorf said.

She said Sigma Alpha is in awe of Tritt, but Tritt didn’t donate for recognition.

“This is just part of being a human being,” Tritt said. “It brings me so much joy.”

The shoe donation probably won’t be Tritt’s last. She told CNN that she’s previously organized supply drives for animal shelters and infants, and volunteered her time giving out school supplies to children in her local community. She’s just getting started.