This Stunning Church Was Grown From Live Trees

“The Tree Church” is more than just a unique place of worship, it’s a serene combination of form and function. 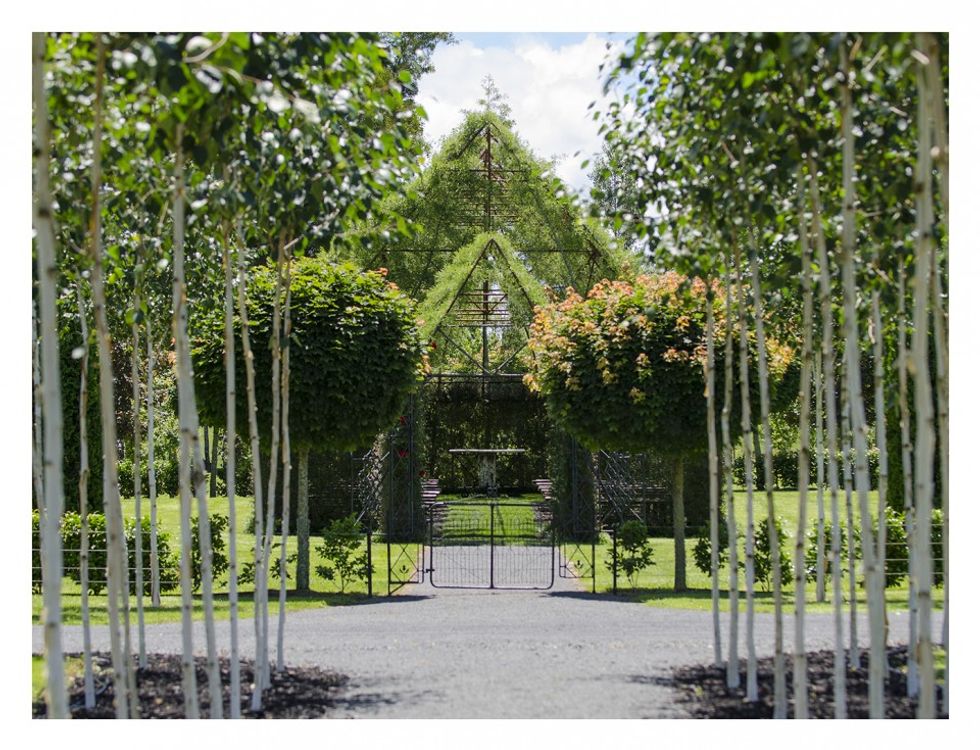 Tell someone that a building was built out of wood, and you’re likely to get a blank “so what?” stare right back in your face. After all, a building made of lumber is hardly a new or noteworthy development in the thousands of years of human architectural progress. While lumber construction might not be so eyebrow-raising, living-tree construction is something altogether different.

New Zealander Barry Cox is the arboreal brains behind “Tree Church,” a stunningly beautiful structure created entirely out of living, growing trees. Cox, who owns a tree-planting and relocation business, created the structure from five different types of planted trees, each of which was guided into place using a temporarily constructed iron frame. The result is an expertly constructed, one hundred percent tree-based building that walks a fluid line between shelter from, and reveling in, nature.

As impressive as the structure itself is the fact that its construction took only four years from start to finish. To accomplish this feat, Cox used a specially built “tree spade” which is able to move and replant entire trees up to six meters tall. He explained to New Zealand Gardener:

“I walked out my back door one day and thought, 'That space needs a church' – and so it began. I cleared the area in April 2011 and made the iron frame, drawing on all the research I had done over the years of studying churches. I wanted the roof and the walls to be distinctly different, to highlight the proportions, just like masonry churches.”

Billed as a “welcomed retreat from society,” the Tree Church officially opened this past winter. It seats one hundred at a time, and can be rented out for events, or simply visited by anyone looking to escape the concrete and fluorescent lights of city life by spending a little time with a wholly different kind of roof over their head.