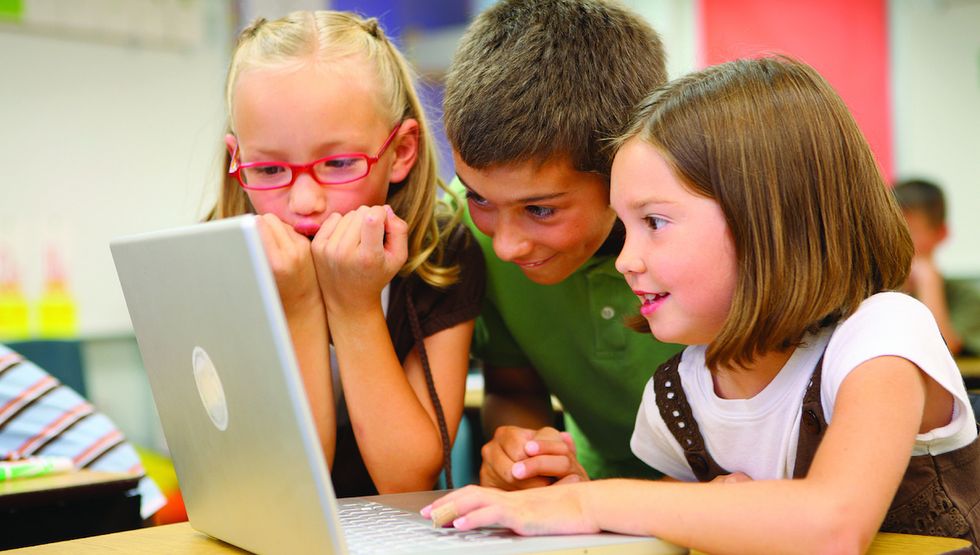 There’s a reason the Oxford English Dictionary chose “post-truth” as 2016’s word of the year. From the fake story about Pope Francis endorsing Donald Trump to the “Pizzagate” conspiracy to the vast majority of Breitbart content, fabricated stories racked up millions of views this past year and befuddled Americans in the process. Despite Facebook’s attempts to pop our bubbles and Chrome’s “Fake News Alert” browser extension, we’re still floundering to reconcile hilarious memes with the terrifying reality of truth’s swift devaluation. Which brings us to the question, how are teachers responding to this post-truth cultural shift? And how are young students supposed to separate fact from fiction when so many adults can’t tell what’s real?

Luckily, there’s an app (of sorts) for that. Newsela, a reading platform designed for K-12 students, aims to empower young readers to distinguish credible sources from misinformation—and more importantly, ready future generations of adults to do the same. Matthew Gross, Newsela’s founder and CEO, came to the idea following a long career in education. Before founding the reading platform, he served as a teacher for Teach For America in the South Bronx and the head of Regents Research Fund in New York, which oversaw the rollout of the Common Core standards throughout the state.

Gross says the idea for Newsela came from his experience seeing teachers struggle with the challenge of molding kids into critical readers of nonfiction—mind you, this was well before “fake news” became a hot-button descriptor for all things fishy. Once he discovered the discrepancy between advanced technologies flooding classrooms and lackluster reading software, Gross decided to remedy the situation. Bringing the “300-year-old textbook paradigm” into the modern world meant coming up with a way to publish all kinds of content in multiple reading levels, says Gross. That way, students of all ages and abilities can access timely, pertinent information. With the basic idea of the website covered, Gross and his colleagues then developed tools to help teachers actively engage students with the material as well as track their progress and proficiency.

[quote position="right" is_quote="true"] Approximately 75 percent of all English teachers in America have accounts on Newsela as well as 50 percent of all social studies teachers.[/quote]

With those key aspects in place, Gross and his team launched Newsela in June of 2013 by announcing its arrival to friends in the education field. “It was a viral hit,” says Gross, “In a year, we had a million registered users. And now, three and a half years later, we have 12 million registered users.” Those unversed in the education field might be surprised to learn approximately 75 percent of all English teachers in America have accounts on Newsela as well as 50 percent of all social studies teachers.

As far as curating the content that goes up on the site, they use a combination of analyses to decide which pieces are most relevant, some of which are influenced by teachers’ feedback. But where do these stories come from, you’re likely wondering? Gross says they have partnerships with dozens of news outlets including the Los Angeles Times, Chicago Tribune, The Guardian, and The Washington Post, from which they glean content. Newsela’s team of professional journalists then rewrites the content for various grade levels while still maintaining high editorial standards. In addition to real news pieces, they incorporate open-source documents—like the Constitution or Martin Luther King Jr.’s letter from Birmingham Jail, for instance—which are the bread and butter of any good history class.

By presenting unbiased articles that organize facts with clarity and concision, Newsela manages to counterbalance the frenzied landscape of digital media. In a time when classrooms can be just as polarized as the Senate floor, teachers have come to rely on this platform to keep discussions grounded. To that point, Gross says,

Obviously, we cannot leave the task of deciphering misinformation to children alone. As we collectively learn to navigate the rapidly changing digital frontier, readers of all ages share a responsibility to question and engage with material. To regain an inquisitive spirit, we could probably all benefit from reading Newsela’s package about the phenomenon of fake news (which is free to sign up for, by the way). We have to arm ourselves with knowledge if we hope to ever venture into the internet’s wild, wild west feeling confident we can fight b.s. when we see it. The truth is worth defending, and that’s a fact.