Wacky Inventor Creates a Knife That Toasts as it Cuts

I wonder what it can do with a bagel? 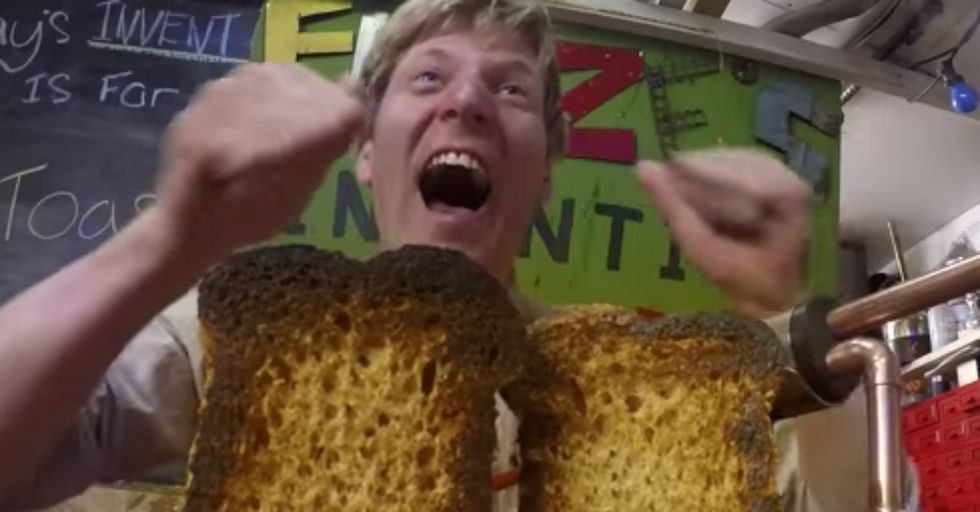 How many times have you been late to work because you’ve been stuck staring into your toaster just waiting for the bread to finish toasting? You prematurely pop up the hot bread, take a look, but it’s not quite done yet. Every second feels like minutes as you wait with your opened jar of preserves, counting down the seconds until you can smear jam all over your hot, toasty piece of bread.

Ever think there has to be a better way?

Colin Furze, host of Furze’s Invention Show, was challenged by a viewer to create a knife that toasts your bread as you cut it, and he did just that. Although his solution looks like something I wouldn’t allow a seven-year-old near. The toaster-knife also does double duty, as a knife, and allows you to smear your I Can’t Believe it’s Not Butter on the bread it just toasted.