The NYPD caught a Trump-loving graffiti artist by building a wall.

No, Mexico did not pay for it. 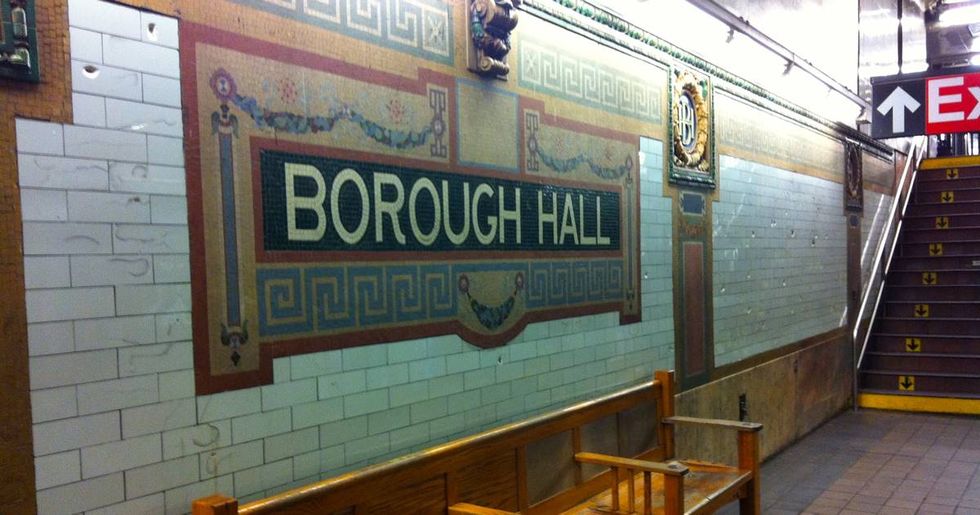 There’s been a lot of debate in the past few years over whether building a wall on the U.S.-Mexico border will help curb the flow of undocumented people and drugs into the country.

But no one is debating the effectiveness of a wall that was built in New York City to arrest a serial graffitist whose pro-Trump vandalism irked fellow riders at the Borough Hall/Court Street station in Brooklyn.

Complaints of pro-Trump graffiti in the subway station began in January.

Graffiti is art...But this is nothing more than vandalism.
Another excellent job of wasting tax payers money and police force.
️ “Police built and hid behind a fake wall to nab a serial '#lovetrump' graffitist”https://t.co/WsMAZVFU1apic.twitter.com/LXoOlcGX28

So some officers hatched a plan to erect a plywood enclosure in the subway station they could hide behind to catch the MAGA vandal in the act.

Lo and behold, the vandal struck again, tagging #LoveTrump in the station and the police popped through the door in the wall to arrest 43-year-old Jamie Montemarano. Montemarano was charged with graffiti and criminal mischief.

“Sure enough, our man came back and put up again in #lovetrump on the beam, so they caught him live writing on the beam,” said NYPD Chief of Transit Edward Delatorre.

It had to be a bitter-sweet moment for Montemarano. He can now happily claim that walls can be effective at deterring crime; unfortunately, this time he was the criminal.

This was the only wall that needed building...

In order to catch a Trumpet you have to build a fake wall. Makes sense.

In New York City, the dedicated detectiveswho investigate these vicious felonies are members of an elite squad known as theSpecial Victims Unit. These are their stories .

"When you see these thugs being thrown into the back of a paddy wagon, you just seen them thrown in, rough. I said, ‘Please don’t be too nice’"