So, it turns out 'armed Mexicans' were smuggled into the U.S. to help build Trump's wall 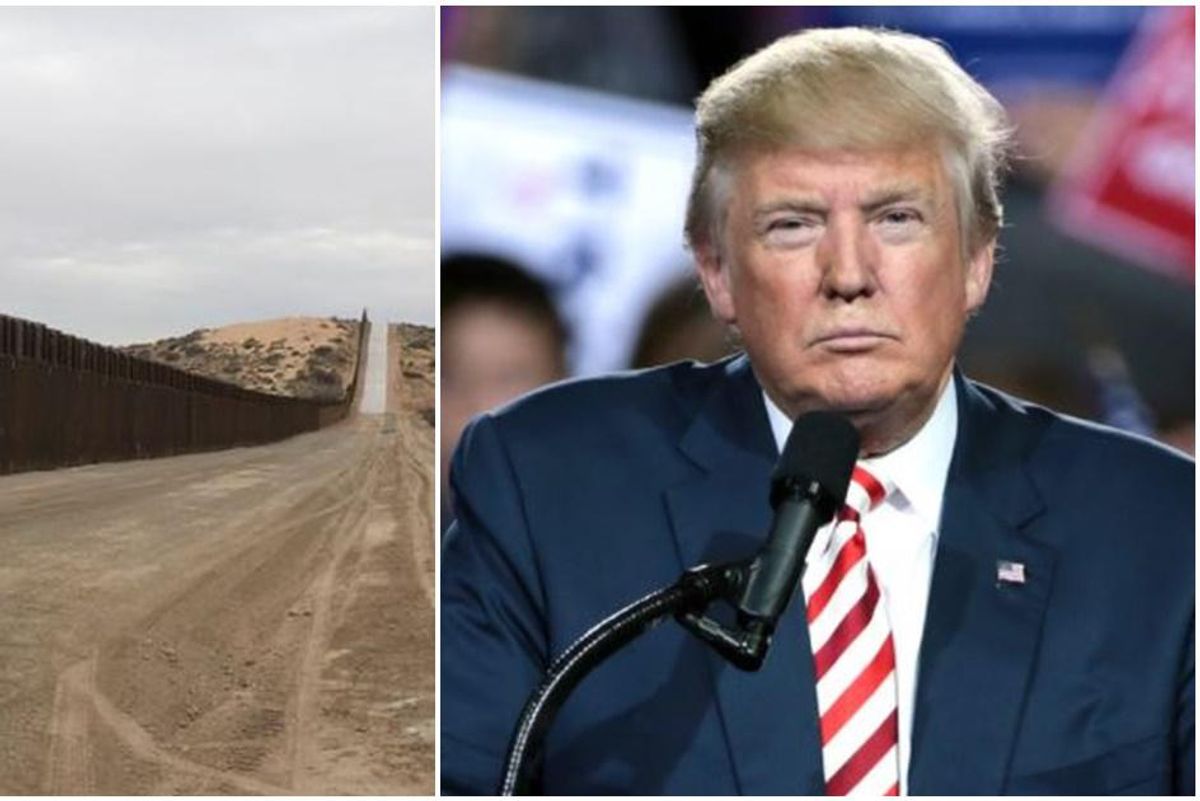 One of Donald Trump's major policy pledges during the 2016 election was to build a wall on the border and make Mexico pay for it. The point of him building his "big, beautiful wall" was to prevent undocumented immigrants from entering the United States illegally.

Well, someone should have told that to the contractors working on the wall because according to a whistleblower complaint filed in federal court, armed Mexicans were "smuggled" into the country to work as security guards.

It seems that the contractors' need for affordable, hard-working security guards was more important than the goal of what they were building. The complaint echoes a joke that's been told by numerous comedians over the past twenty years: "If you you're going to construct a border wall, who do you think is going to build it?"

Last week, a federal judge unsealed the complaint from two whistleblowers that was filed in federal court in February. One of the whistleblowers is a former San Diego, California sheriff, the other a former F.B.I. agent. Both were hired to provide security at the construction sites.

The contractors "went so far as to build a dirt road to expedite illegal border crossings to sites in San Diego, using construction vehicles to block security cameras," The New York Times reported. "An unnamed supervisor at the Army Corps of Engineers approved the operation."

According to the report, Sullivan Land Services Co. was awarded contracts worth $1.4 billion to build sections of the wall. With those funds, the company hired Ultimate Concrete to pay armed Mexicans and facilitate the illegal border crossings the Trump administration was attempting to shut down.

So basically the company had to build a secret road to get the help they needed to build a wall that would work to keep the same people out. That, ladies and gentleman, is hypocrisy at its best.

The story sounds a lot like how Trump employs a "roving crew" of undocumented Latin American employees" to perform masonry and maintenance at his winery and various golf courses.

"It's almost as though the president wants the political benefit of treating undocumented immigrants as subhuman menaces while simultaneously receiving the economic benefit of being able to hire people who he can pay less money and not provide health insurance, something his "they're taking our jobs!" supporters would probably take issue with," Bess Levin writes in Vanity Fair.

The revelation is just another humiliating addition to Trump's long list of failures at building a wall at the U.S.-Mexico border. Trump's original pledge was to build a "virtually impenetrable" concrete wall along the border's entire 2,000-mile length.

However, all he was able to build in his single-term presidency is a meager 400 miles of barrier, the vast majority of which replaced old fencing.

According to an October 31 story by the BBC, Trump has only completed 15 miles of new primary barrier where none existed before.

Two-hundred twenty-one miles of a border wall is currently under construction, although president-elect Joe Biden has pledged that not a single mile of it will be built after he is inaugurated.

The good news is that with all of Trump's bluster, his wall never materialized and the U.S. isn't scarred by a brutal-looking tribute to intolerance at our southern border. All we really got was the schadenfreude of watching a man who says he knows more about construction than anybody do little more than replace a fence.

From Your Site Articles
Related Articles Around the Web
donald trump
Trending Topics
THE DAILY GOOD
Start your day with something GOOD.
Trending Stories
Featured Articles