It was a wonderful display of unity in the face of division. 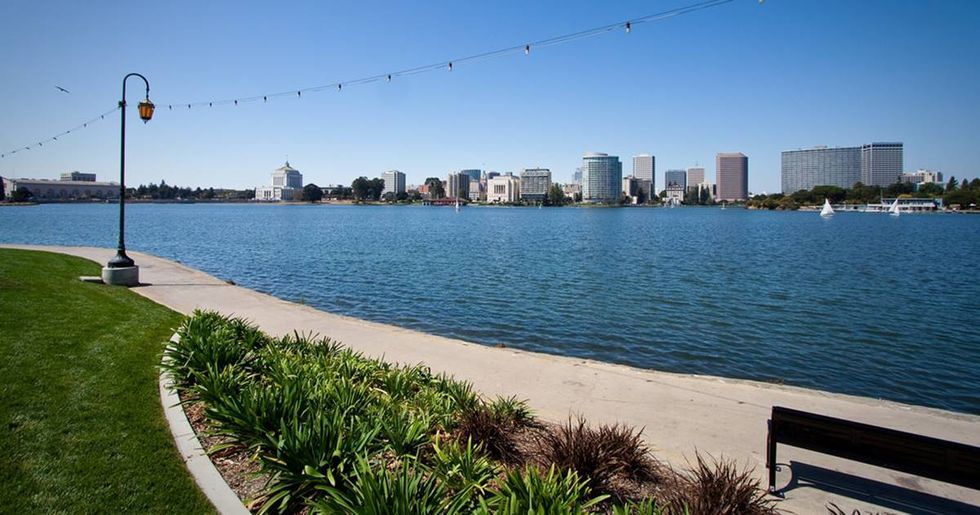 In an age when everyone has a camera on their smartphone, racial injustice has become visible in a way it never has before. And recently, news stories are shining a light on how people of color are often harassed for doing things white people take for granted.

Earlier this month, a black graduate student at Yale was harassed by the police for napping in her dormitory’s common area, and Bob Marley’s granddaughter had the police called on her for renting a property on Airbnb in California. In April, two black men waiting for a business meeting were charged with trespassing at a Philadelphia Starbucks.

On April 29, a black family was harassed by a white woman for setting up a charcoal grill in a non-charcoal grilling zone at a park on Lake Merritt in Oakland, California. The white woman called the police and stood by the family for two hours while waiting for law enforcement to arrive.

“She said that we were trespassing, we were not welcome, and then she turned back around and said, ‘ya’ll going to jail,’” Kenzie Smith, the man setting up the barbecue, told KRON 4.

Eventually, the woman flagged down Oakland police, who questioned the family for an hour. Ultimately, the family was not cited for any violations. After the incident, the woman who harassed the family broke down in tears because she couldn’t get them to leave the park.

White woman called the cops on black family having a BBQ in a park in Oakland. When she realized she couldn't kick them out, she started to cry.

Oakland city council member Lynette Gibson McElhaney later spoke out about the incident. “Police are not private security for any white person that’s offended by the presence of black folks in our public spaces,” she told The Huffington Post.

Two weeks later, Oakland residents got together for a massive cookout in the same park where the racial profiling incident took place. Video taken on Sunday, May 13, shows people cooking, dancing, jumping rope, listening to music, and having fun.

Here’s what happened yesterday at that park in Oakland...a mixed (mainly black) crowd of people went in protest to party and bbq. They played music, the kids played & jumped rope and everyone had a great time. Best revenge ever. pic.twitter.com/Ulkvp4actz

We done fixed that problem looks like the whole city of Oakland is out there pic.twitter.com/TMIrwMqIE2

This party is still going and Saturday the biggest BBQ event America has ever seen . pic.twitter.com/fTFUthbBir

The Oakland community’s peaceful and exuberant response to racial profiling was a beautiful display of unity in the face of division and call attention to the need to make public spaces safer for people of color.