The President annnounced his new proposal to help students pay for college. 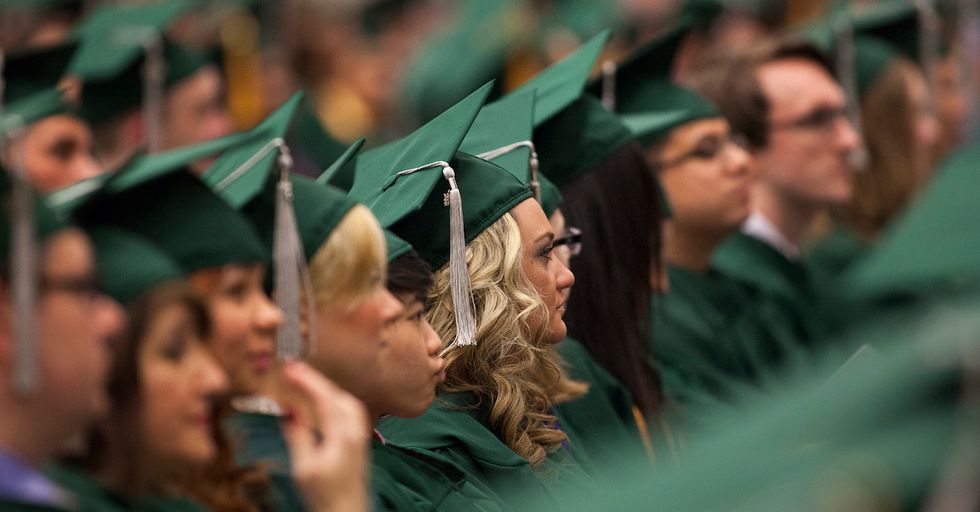 The tab on our national student loan debt runs at $1.2 trillion. It’s hard to even conceptualize how much money that is. But if anything symbolizes how irreparably broken our educational system is, it’s that amount: $1.2 trillion. U.S. leaders will be dealing with this problem for at least a couple generations but President Obama has just announced a proposal that might be the first step towards a solution: making the first two years of community college free. President Obama made the announcement via a video posted to his Facebook page on Thursday.

“Put simply, what I’d like to do is to see the first two years of community college free for everyone who’s willing to work for it,” he said. "It's something we can accomplish, and it's something that will train our workforce so that we can compete with anyone in the world."

As with all free stuff, terms and conditions apply. Community colleges would have to prove eligibility by offering classes transferable for college credits at state universities or occupation training programs with strong graduation rates. A mix of federal and state money would fund the scheme. It also stipulates good grades—above a C- average—and a full-time commitment from anyone looking to capitalize on the free tuition. If implemented, the proposal would save the average community college student $3,800 in tuition per year.

Obviously, this isn’t going to solve the student loan crisis. In order to qualify, students have to be enrolled in school full-time. Part-time students still have to pay what are increasingly exorbitant tuition fees. Additionally, students who do qualify will still have to pay for books and other expenses, which sometimes make up the bulk of the cost of attending, as textbooks are often priced as high as $200. And then there’s transportation, lab fees, notebooks, pens...it gets expensive. But Obama’s proposed measure, if successful, will, at least, make paying for all that a little bit easier.