”Good thing you had your phones with you” 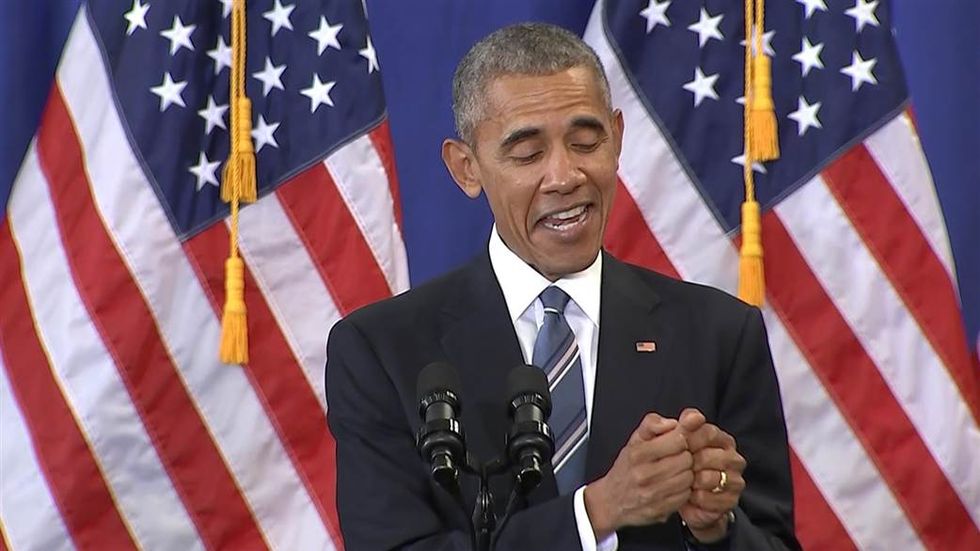 Although Barack Obama arrived late to speak to students at Benjamin Banneker Academic High School in Washington, D.C., he quickly won over the crowd with his impression of his daughters Sasha, 15, and Malia, 18.

After apologizing for being late, the President said at least the students had their mobile phones with them, pointing out that kids these days are always tapping at their phones.

“I know you may have been waiting here awhile,” he joked. “Good thing you had your phones with you.”

Obama then went on to show how much he understood teenagers, pretending to talk and text like his daughters and then finishing it off with a selfie.

Later he remarked that during his youth he had to send paper notes to his crushes rather than text messages.

This isn’t the first time Obama has embarrassed his daughters. As TIME pointed out, Obama has been the long-established Dad-in-Chief due to his corny jokes and ‘mom’ jeans. In July, President Obama unexpectedly stood up to sing happy birthday to his daughter Malia during her birthday party with friends—with Kendrick Lamar and Janelle Monáe watching the spectacle.

Now Sasha and Malia will probably have a few more choice words for their father after this one.