How a high-tech capsule could make the colonoscopy of the future much more pleasant. 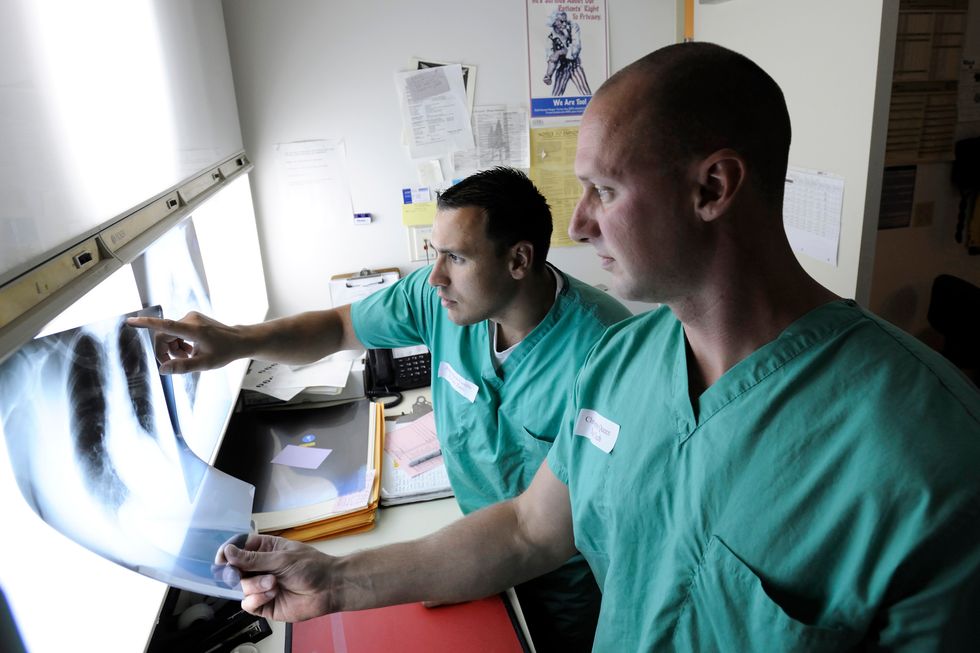 Getting a colonoscopy is no fun. As a procedure that focuses on one of the body’s least-pleasant organs, it’s invasive, uncomfortable, and for many of us, an unavoidable medical necessity. But it might not be that way for long.

According to Quartz, a medical company called Cap Check is in the process of testing a high-tech colonoscopy alternative that could drastically change the way doctors test for colon cancer. Unlike the standard procedure, which involves a visual survey of the interior of the colon by way of a camera inserted rectally, Cap Check’s method claims to be less invasive and more effective at the same time. All a patient does is swallow a pill.

...Okay, so it’s no ordinary pill. In fact, Cap Check’s capsule is much more akin to a tiny x-ray machine than your average aspirin. Once it’s swallowed, the high-tech pill travels into the patient’s colon (as most things that are swallowed eventually do), where it is able to scan the interior of the organ, and transmit that data to a dermal patch the patient wears on their torso. Once the pill has (ahem) completed its journey, a patient just lets nature take its course. The patch, meanwhile, has all the data from the pill’s scan, which can then be handed over to a doctor, who can now examine a 3-D rendered model of the colon’s interior.

As creator Yoav Kimchy explained to Quartz, the edible x-ray machine is advantageous not only for being a significantly less intense experience for the patient (radiation-wise, it’s around the same level as a standard chest x-ray), but also because it affords physicians an inside-out, unobstructed view of what’s happening on the interior of the colon, without any “murky water” to contend with. What’s more, Kimchy estimates the procedure will be less expensive than a traditional colonoscopy, as well.

The pill-and-patch combo is currently in the midst of European clinical trials and, barring any unexpected problems, should begin testing with the U.S. Food and Drug Administration in around a year and a half from now. In the meantime, the technology behind the micro-scanners continues to progress. So while Cap Check’s pill is designed specifically to detect signs of colon cancer, perhaps some day we’ll be popping pills for *all* our x-ray needs.