These trial drugs are 1/1000th the width of a human hair, gentle on the body, and remarkably affordable 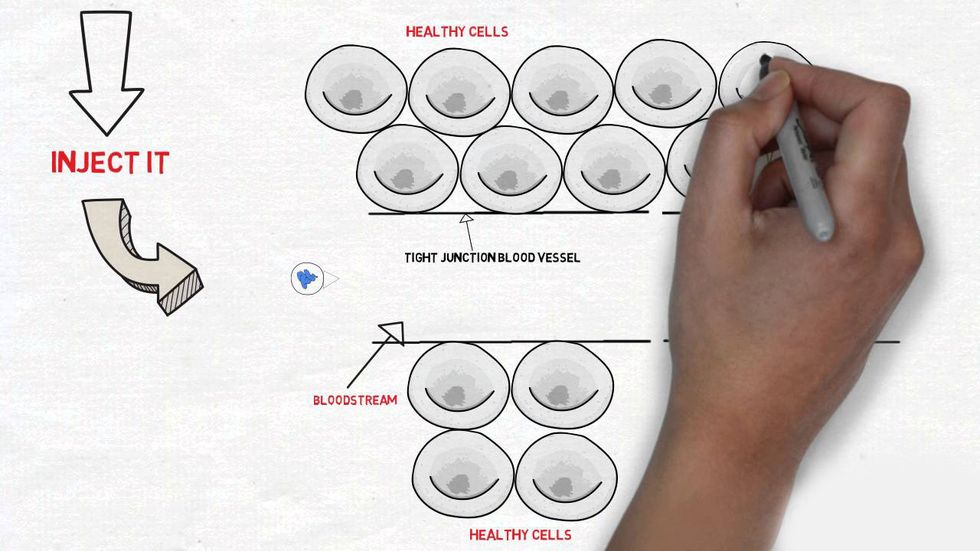 Choosing the right drug to fight cancer is extremely difficult, and there’s a big price to pay for making the wrong choice. All cancer drugs have side effects—many weaken the body—and time spent taking the wrong drug is time that allows the cancer to grow and spread unchecked. Fortunately, chemical engineers have developed a method to combat this, sending nanoscale-sized particles packed with potential drug options inside patients’ tumors to test out which one will be the most effective, with the least amount of harm.

Created by Avi Schroeder and his team of colleagues at the Technion-Israel Institute of Technology, this highly technical solution scales up our current system for treating cancer—which essentially boils down to a doctor making an educated guess about which drug might work best—then tests five or 10 drugs at once to find the best option with little to no consequences. To build these tiny trial drugs, Schroeder’s team first creates nanosized particles of each drug they’d like to screen. At 1/1,000th the width of a human hair, there’s no danger that they’ll have any major effect on the body.

“This is only possible when you use nanotechnology. A nanoparticle allows us to load miniscule amounts of medicine,” says Schroeder. But the nanoparticles aren’t useful to anyone when injected into the body all on their own: They are so small, they can’t be detected using any kind of chemical analysis tool that exists, which makes it nearly impossible to measure their impact. So Schroeder’s researchers came up with a novel solution, attaching each different nanoscale-scale drug to a unique strand of DNA. Generated by outside labs that build customized DNA sequences to order, they’re easy for doctors to spot in a genetic lineup and, thus, simple to analyze.

Once this process is complete, the nanoparticles—which are designed with an outer layer that looks like water to the immune system, keeping them from being attacked—are injected into a patient’s bloodstream. Because hungry tumors feed on blood vessels, the nanoparticles quickly and safely end up exactly where they need to go. Over a period of about 24 hours, they start killing (or not killing) cells inside the tumor. The drug that causes the most damage is determined to be the winner.

To track all that microscopic destruction, doctors must take a biopsy of a patient’s tumor about two days after initial injection. The tissue sample is disassembled into individual cells, some of which will be alive and some of which will be dead. Inside the dead cells—which have died because the medicine was effective—researchers locate those unique DNA strands that mark the treatment that killed them. Sometimes, more than one medicine proves effective, which makes the trial run even more useful.

“Let’s say we know a patient will have horrible side effects from one medicine and not the other and we know both will be effective. We can choose a medicine that will be preferable for the quality of life,” says Schroeder.

[quote position="right" is_quote="true"]We can choose a medicine that will be preferable for the quality of life.[/quote]

So far, this system has only been tested in mice, but in February, the technology is set to begin its transition from lab to clinic, where it will undergo trials on humans. Once it’s ready for prime time, Schroeder says the new testing technology will not only help save lives and increase the quality of those lives, but also should save quite a bit of money.

One current system for pretesting drugs, for example, requires growing a patient's tumor inside a mouse model, then giving the drugs to the mice to see if they fight the cancer. This process can cost tens of thousands of dollars (depending on how many drugs are tested) and can take many months. Schroeder estimates that Technion’s system could deliver results to patients within a week at a cost of about $5,000.

Narrowing down the safest and most affordable treatment “is a problem that doesn't have a current solution,” says Schroeder. “We’re really trying to do our best to save the patient and grant them a high quality of life.”