Alexandria Ocasio-Cortez responds to conservatives angry at her dance moves with some more rump shakin’.

Conservatives thought video of her having a good time was a bad thing. 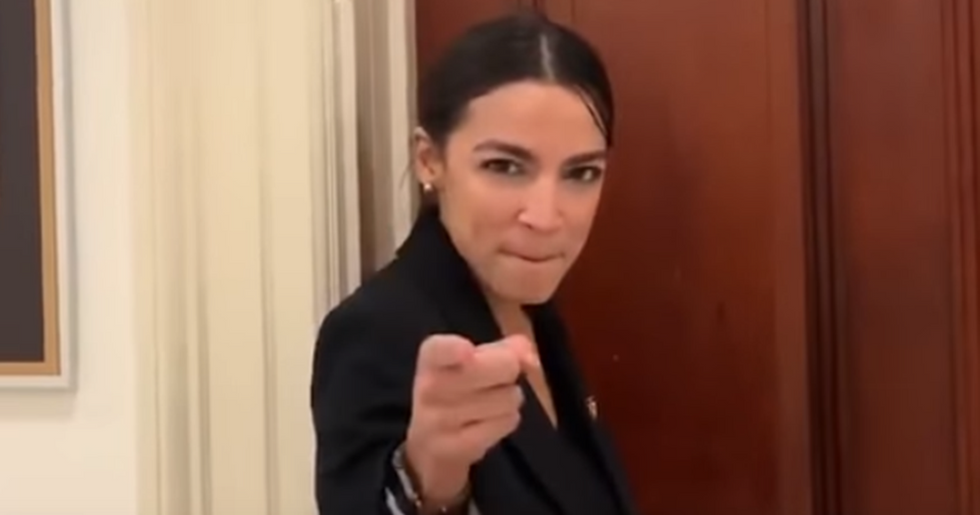 Alexandria Ocasio-Cortez’s ascent to the U.S. House of Representatives has ruffled a lot of Republican feathers. The proud Democratic Socialist has become a lightning rod of for conservative anger because of her progressive views.

In the right-wing bubble, she’s often referred to as a communist because they mistake Democratic Socialism — the form of government that has helped create high standards of living in Europe — with the totalitarian Socialist regimes in Venezuela and Cuba.

President Trump should appoint Alexandria Ocasio-Cortez as Ambassador to Venezuela—I wonder if she'd return home and still be a fan of socialism?

How is the Democrat Party even considering socialism?
Have they forgotten how much it sucks? Are they that stupid now?
Alexandria Ocasio Cortez, are you that stupid?
Please look diligently at Venezuela.
That is perfectly executed socialism there. Massive failure!

On Thursday, a since-deleted Twitter account associated with the ludacris right-wing Q Anon conspiracy tweeted a video of Ocasio-Cortez dancing in her college days. “Here is America’s favorite commie know-it-all acting like the clueless nitwit she is…” the tweet read.

It was retweeted by countless conservative accounts who hoped a video of Ocasio-Cortez being carefree in her college days would somehow diminish her as a politician.

“We caught you moving rhythmically to music! Now it’s over for you, Cortez!”

In the original tweet, the video was edited so Ocasio-Cortez appears to be dancing to a sultry beat. But the fine people of Twitter discovered that the footage was taken from a video that features Boston University students recreating the dance scene from iconic 1985 movie “The Breakfast Club” to “Lisztomania” by Phoenix.

The video quickly went viral, and not because it signaled the demise of Ocasio-Cortez’s young political career, but because it showed a politician in the throws of early 20s bliss having fun. If there was any big reveal in the video it’s that Ocasio-Cortez is a damn good dancer.

In the end, the video probably only makes her more likable and exposes right wingers who shared it as boring curmudgeons.

Oh no... young people and their friends having fun...

I keep seeing this video shared around as if its somehow bad for her.

This is a fun and endearing video that makes Cortez relatable https://t.co/6m5y6qPJIp

I didn't it was possible to like her any more than I already do until I saw this video.

Oh my goodness. A high school student dancing and singing? Who do you think this is going to offend, the pastor in Footloose?

The next day, Ocasio-Cortez responded to conservative haters on Twitter with another video of herself dancing. This time she was shakin’ what her mother gave her to “War” by Edwin Starr outside of her new Congressional office.

“I hear the GOP thinks women dancing are scandalous. Wait till they find out Congresswomen dance too!,” she wrote on Twitter, adding “Have a great weekend everyone :)”

I hear the GOP thinks women dancing are scandalous.

Wait till they find out Congresswomen dance too!

Have a great weekend everyone :) pic.twitter.com/9y6ALOw4F6

And, of course, her followers loved it.

This is the type of positivity we need. The smiles, the fun, the happiness. Don’t stop dancing. Ever.

Great rebuttal to this nonsense controversy. Dance on!

We love you keep dancing never stop, your soul and your spirit is so great and happy be what you are no let no body to change you Thanks you for be there. Thank you enjoy life