It’s already the most viewed political video in Twitter history. 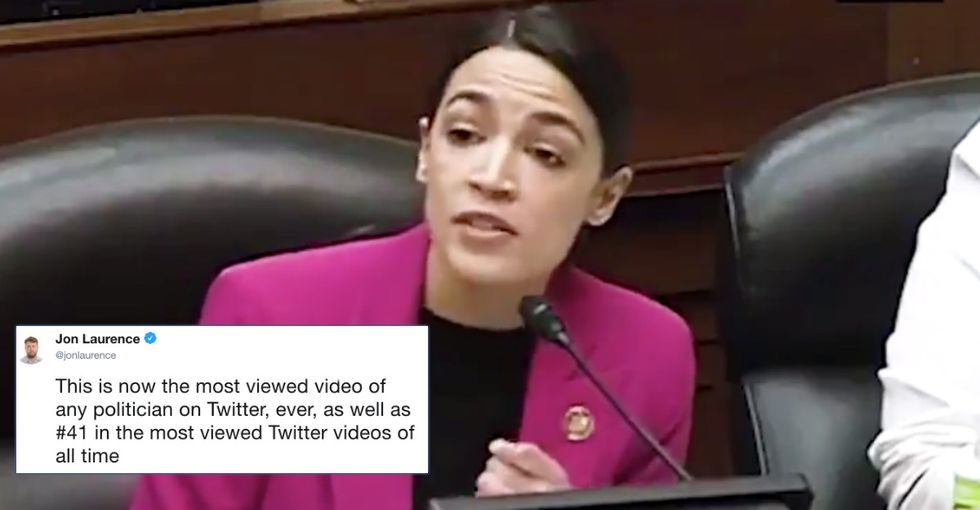 Over the past year, newly- elected freshman representative Alexandria Ocasio-Cortez (D-N.Y.) has become one of the most polarizing political figures in American life. But her recent talk about systemic government corruption instantly connected with people across the political spectrum.

Her speech to the House Oversight and Reform Committee that people of every political stripe should hear. In just five minutes, Ocasio-Cortez shared how the current system encourages and rewards politicians for doing the bidding of corporate masters instead of the American people.

In a series of questions to panel members she tells a story that exposes the influence of dark money, Super PACs and corporate interests and how politicians profit off them.

In less than one week, the video has generated more than 38 million views on Twitter alone. That shows that along with AOC’s growing fan base, millions of viewers who might not normally connect with her views found something important to connect with in her breakdown of dark money in politics.

We may not always agree on the solutions to government corruption but her video shows there’s no denying the universal agreement on the systemic problems it presents.

NowThis editor Joe Lawrence tweeted that the video is already one of Twitter’s all-time most viewed videos:

Over the past two weeks, the 29-year-old democratic socialist has become a rising star on the left for her unapologetic progressive views and for touting aggressive policies such as the Green New Deal and a 70% tax on the wealthy.

At the same time, she’s been demonized by conservatives as a socialist who wants to turn the United States into an authoritarian state such as Venezuela or Cuba. A charge which is laughable.

But there is hope. On Friday, February 8, Democrats introduced House bill HR1 the “For The People Act.” This new series of laws would end Citizens United, the SCOTUS decision that allowed unrestricted amounts of money to flow into the political system, and would make dark money public. It also bolsters voting rights and creates more ethics laws for the president and Congress.

Although the bill will most likely die in the Republican-held Senate, it shows that at least one of the major U.S. parties is taking steps to end the culture of corruption in Washington and to return government to the people.