If he didn’t order that pizza, he may not be alive today. 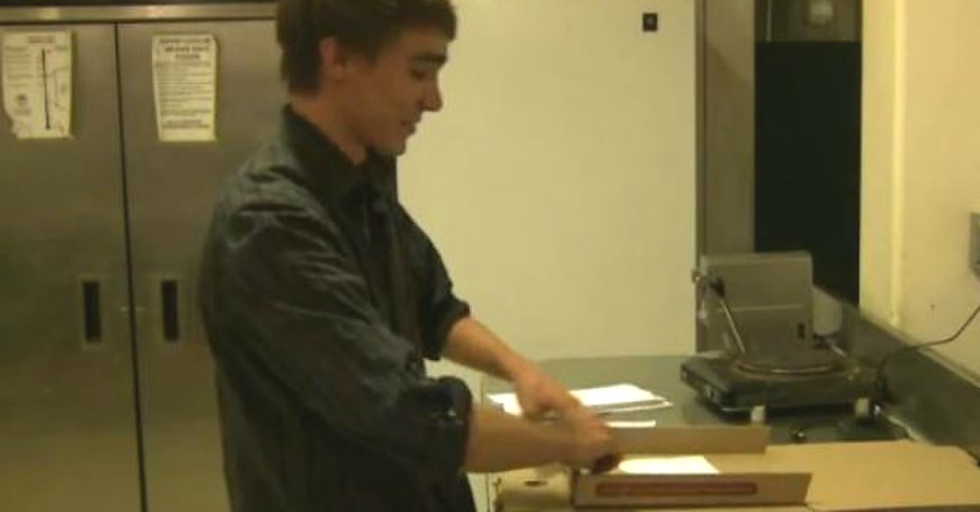 It’s not often you hear someone say that pizza saved their life. But this time, the gooey, cheesy, salty delight nearly did.

Anson Lemmer, delivery man for Uncle Pizza, was called out on a routine delivery last week when he arrived at the address and found three people standing over a man lying in the street, unconscious. Anson set down his pizza and sprang into action, performing chest compressions and breathing into the man’s mouth until paramedics came.

According to Lemmer, he had taken CPR lessons when he was 12 or 13, and when he saw the unconscious man his instincts took over. “I don’t think it was anything really heroic that I did, it was just something that I had to do,” he said. While he was busy saving a life, his co-workers back at Uncle Pizza thought that Lemmer, a teenager in his second week of work for the restaurant, must have gotten lost on his delivery route. He later joked with his co-workers saying, “I left a pizza boy and returned a pizza man.”

Paramedics say the unconscious man was the victim of an apparent drug overdose, and it looks like he’ll make a full recovery. No word on if the man tipped Lemmer for the delivery but, if he did, one hopes it was for more than three bucks.