A Salvadorian woman was sentenced to 30 years in prison for having a stillborn. Now she's getting a retrial

A miscarriage of justice. 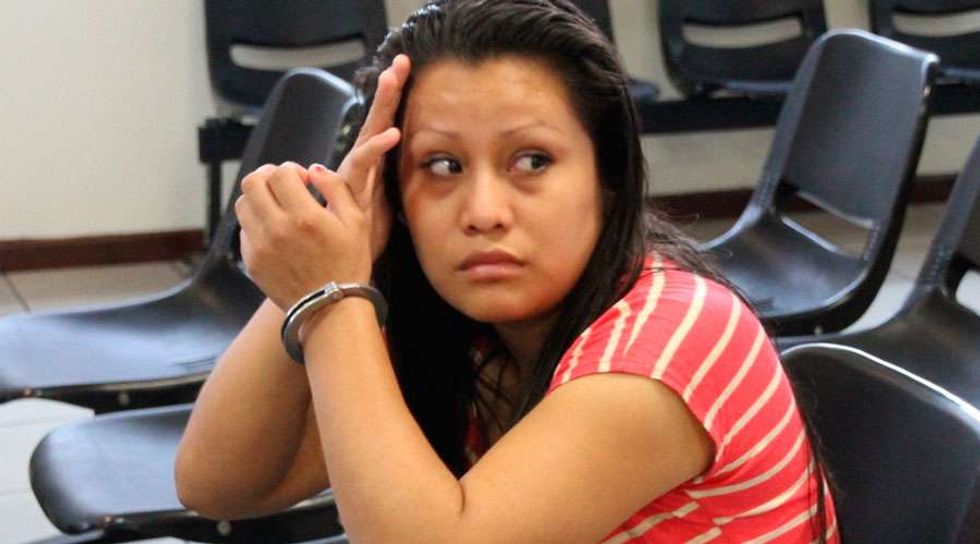 Evelyn Beatríz Hernández awaits a retrial on her conviction after having a stillborn baby.

Abortion for any reason has been illegal in El Salvador since 1997. It’s one of six countries that has a total abortion ban, but El Salvador is special because it also has a high conviction rate.

In 2016, high schooler Evelyn Beatríz Hernández was accused of having an abortion after police found fetal remains in an outhouse. But Hernández was raped and says she only became aware of the fact she had been pregnant because she was giving birth.

In 2017, Hernández was sentenced to 30 years in prison for “aggravated murder” after the female judge ruled Hernández had an abortion. The sentencing was annulled in February.

Now, Hernández is getting a retrial.

Human rights organization, Citizen Group for the Decriminalization of Abortion (CDFA), is defending Hernández, saying there is no evidence that she tried to get an abortion while she was pregnant. The stillborn was a result of complications during her pregnancy.

The CFDA is also seeking to free 20 other women who sit in jail for abortion crimes even though they had miscarriages, stillbirths, and pregnancy complications. "There's no presumption of innocence. The moment that the word abortion gets thrown in a case, from that moment on women are guilty in the eyes of everyone,” Paula Avila-Guillen, a human rights lawyer supporting CDFA cases, says.

Because El Salvador has such a high conviction rate, the United Nations put pressure on El Salvador in 2018, the same year Hernández was sentenced. El Salvador was asked to issue a moratorium on applying its abortion law as well as review all of the cases where women were convicted for abortion related crimes.

This June, Nayib Bukele took office as the president of El Salvador. Bukele has stated that abortion should only be allowed if the mother’s life is at risk, which is slightly better than “no abortions whatsoever for any reason.” Hernández’s case will “send a message about what is the political mood,” says Avila-Guillen.

Having the personal conviction that abortion is wrong is one thing, but throwing a teen in jail until she’s menopausal because she had a miscarriage just doesn’t make sense.